When Facebook went down for nearly six hours on Monday, other apps saw an immediate benefit. Telegram, for example, gained a massive influx of 70 million more users, it said. Other firms did a fuller analysis of how the outage played out in the world of mobile apps.

According to Sensor Tower, Snapchat saw the biggest increase on the social media front, with average time spent by existing users climbing by 23% week-over-week. Twitter, which had jokingly tweeted “hello literally everyone,” grew that figure by 11% and TikTok saw a 2% jump. When comparing October 4 to the week-ago day, Snapchat saw a 14% increase in sessions, the report said. Twitter saw 5% session growth week-over-week, but TikTok saw a 1% dip.

But as the outage impacted more than just social networking — Facebook’s communication services, including Messenger and WhatsApp went down, too — rival chat apps also saw some gains. This included a 15% time-spent bump in Signal and an 18% increase in Telegram. In terms of sessions, Signal and Telegram grew by 13% and 9%, respectively, when compared with September 27. In addition, both saw an increase in installs, with Signal seeing nearly 12x the installs from the day before, reaching 881,000 downloads on the day of the outage. Telegram saw 6.3 million installs and Viber gained 137,000. 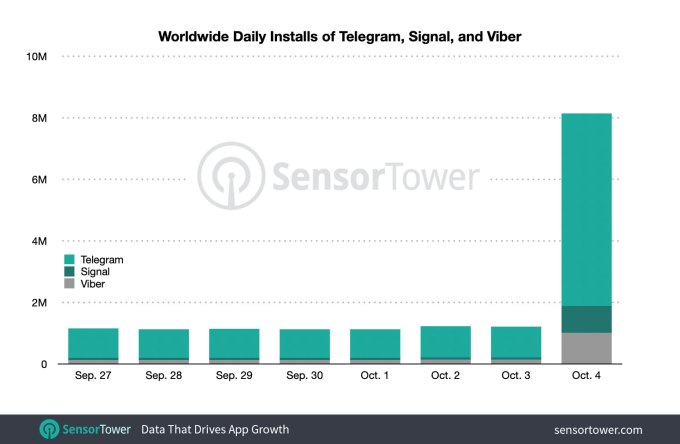 At Facebook, the declines in time spent were significant. Instagram’s average time spent on Android dropped by 28% week-over-week. Facebook on Android was down 24%; WhatsApp was down 25%; and Messenger was down 20%.

Apple brings back the App Store’s “Report a Problem” feature

Apple made a change to its App Store by returning the “Report a Problem” link to App Store product pages across iOS 15, iPadOS 15 and macOS Monterey devices. The link offers an easy way for users to report issues they’re having with an app, including whether it contains offensive or illegal content, or whether it was attempting to scam consumers out of their money. Apple had removed the consumer-friendly “Report a Problem” button from the App Store years ago, possibly to its detriment. New reports have suggested that many of the top apps are scams costing consumers millions and Apple has even been questioned by Congress over the situation.

The “new” feature is currently available in the U.S., Canada, Australia and New Zealand, and will make its way to other markets over time. However, the feature isn’t technically “new” in the sense that it had never before existed on the App Store — a button like this used to have a prominent position in the App Store’s early days.

When clicked, consumers will be able to select from options like “Report a scam or fraud” and “Report offensive, abusive, or illegal content” at reportaproblem.apple.com. They will also be able to report issues with free apps that don’t include in-app purchases.

The addition arrives after a number of reports about high-profile App Store scams have made headlines. Scams were even brought up in an antitrust hearing Apple attended earlier this year, when senators questioned why it wasn’t doing enough to protect consumers. The return of the button seems to be the closest to an acknowledgment we will get from Apple that fighting fraud effectively may require public input.

Apple’s apps get rated and reviewed 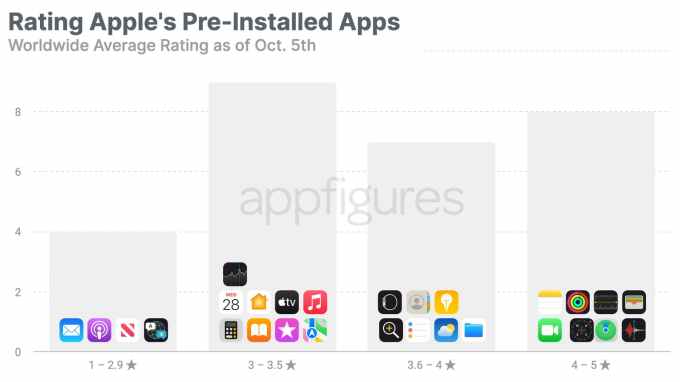 With iOS 15, Apple began to allow consumers to rate and review its own first-party apps on the App Store for the first time. That meant users could now leave reviews for built-in apps like Mail, Music, Stocks, Calculator and others that typically ship with the iPhone. Initially, some of the apps were not faring well as users finally had a chance to offer their feedback. For example, News started off with 2.5 stars as users complained about nags to upgrade to News+, advertising and other elements.

This week, Appfigures analyzed how the apps were doing as of October 5, 2021, to reflect the nearly 33,000 ratings they received over the first couple of weeks. It found that the most disliked apps included Mail, Podcasts, News and Translate. The latter, a newer app in the Apple lineup, fared the worst. Translate was the lowest-rated app, with a 2.42 average star rating globally off of 1,629 total ratings, Appfigures found. News, Mail and Podcasts were rated 2.55 stars, 2.98 stars and 2.44 stars, respectively. 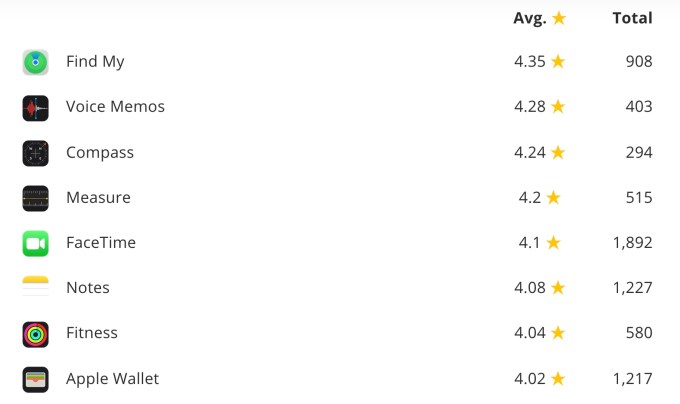 Meanwhile, apps with ratings over 4 stars included Find My, Voice Memos, Compass, Measure, FaceTime, Notes, Fitness and Apple Wallet. A majority of Apple’s apps, however, were in the 3-star range. None received 5 stars or less than 2.42.

In terms of the number of ratings, Music and Maps led with 23% of the 32,953 ratings that came in over the past couple of weeks. Worldwide, music had 4,431 ratings, and Maps had 3,207 ratings. They were also the only apps with 3,000+ total ratings as of the time of publication. 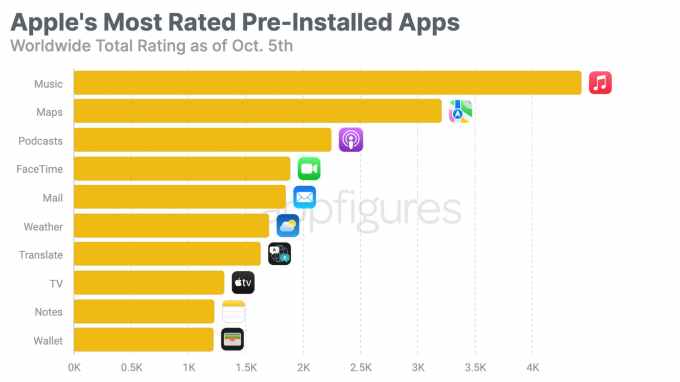 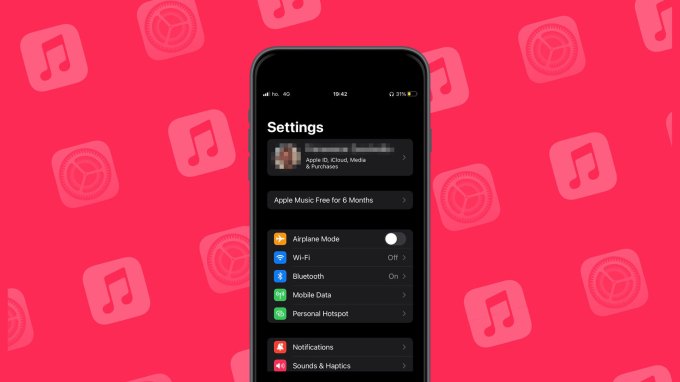 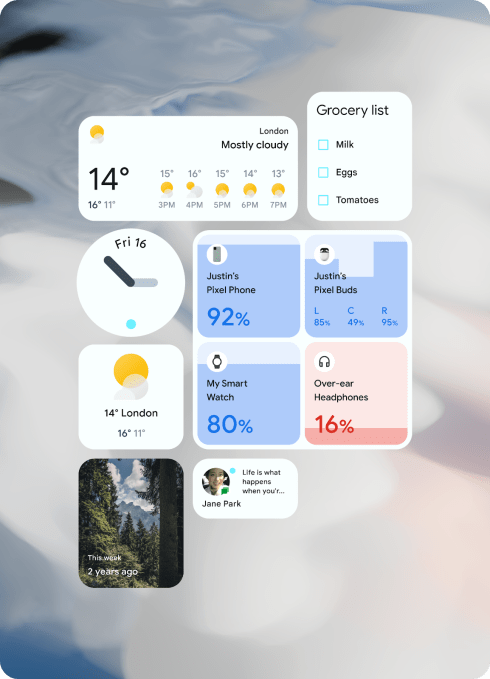 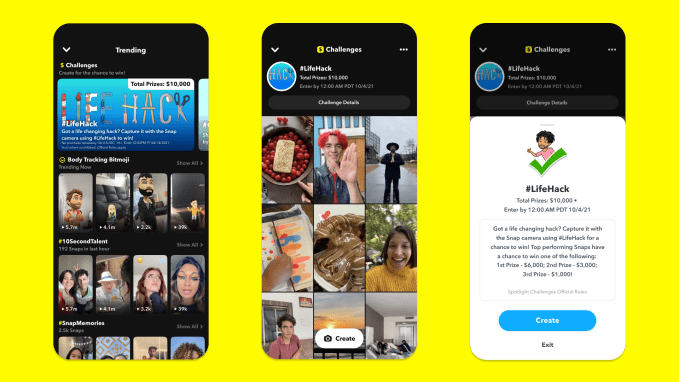 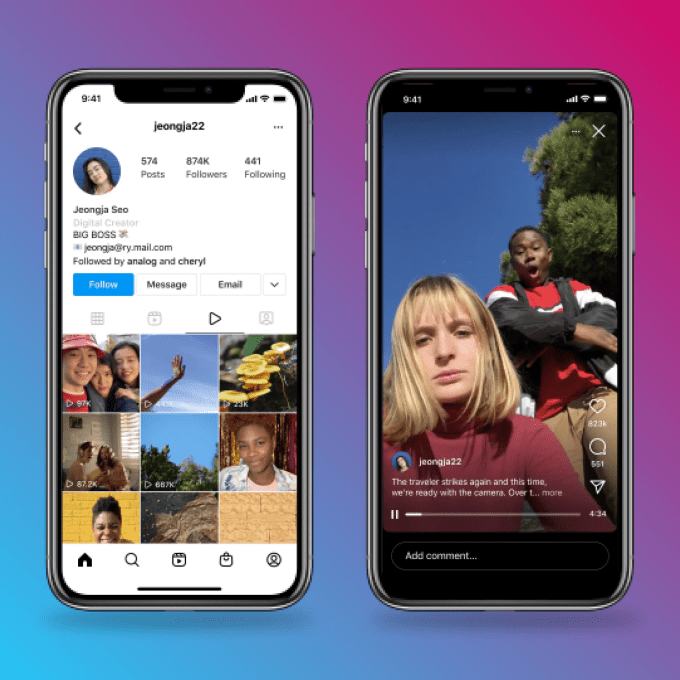 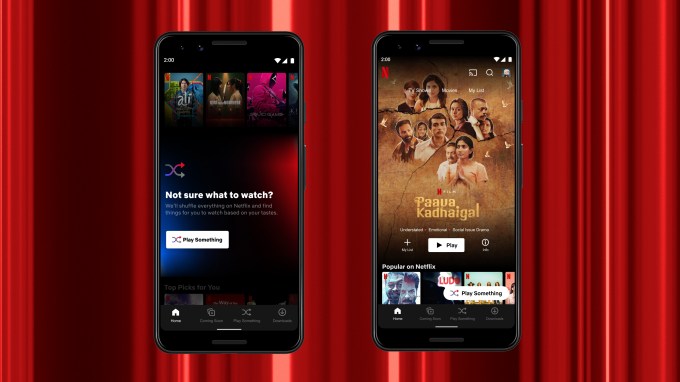 ? Mark Cuban-backed fintech Otto raised $4.5 million in seed funding led by Uncommon Capital. The app lets users tap into their vehicle’s equity for access to credit, allowing them to borrow at rates similar to a standard credit card. Title loans are typically predatory, and Otto is offering a slightly improved alternative, but by structuring this as credit, not a loan, users who make timely payments will be able to build or improve their credit, even if they were not qualified for other credit cards.

? Twitter sold mobile ad platform MoPub to marketing software maker AppLovin for $1.05 billion in cash. MoPub helped Twitter generate $188 million in revenue in 2020, but Twitter is now more focused on developing its own owned and operated ad product instead, in addition to the revenue generation it has planned from its other new features like live audio rooms, subscriptions, creator tools and more.

? Singapore-based Grab raised its stake in the Indonesian mobile wallet provider Ovo to around 90%, up from 39%, by acquiring stakes that were owned by PT Tokopedia and Lippo Group, a filing indicated.

? Matter raised a $7 million Series A led by GV to build a better reading app for the era of alternative media, newsletters and audio consumption of news and information. The app aims to compete with services like Instapaper and Pocket by offering a modern alternative.

? Upmesh, a service created to help automate checkout from Facebook Live streams, including on mobile, raised $3 million in seed funding led by Leo Capital. The company is preparing to build its own app that will allow users to discover new live commerce sellers across social media platforms.

? Ladder, a life insurance startup that works via an app, raised $100 millionin a new round of funding co-led by Thomvest Ventures and OMERS Growth Equity. The company is on track to issue $30 billion worth of coverage by the end of 2021, and saw its revenue grow 4.5x over the past year. 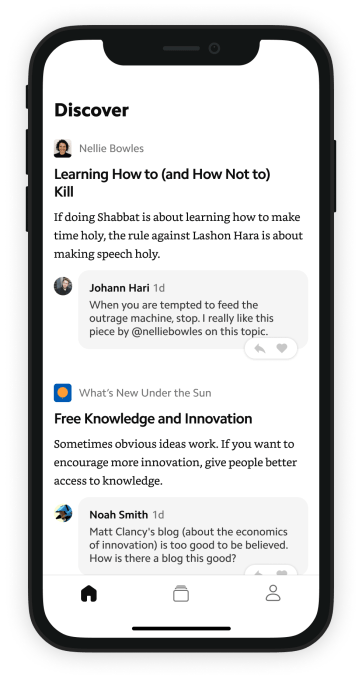 A new app called Matter is offering a better reading app that works with how people today consume news and information. Instead of just marking articles to save later, only to never get read, Matter spruces up the reading list experience by offering other features to keep users more engaged with what they’re reading — like private and public highlighting, support for commenting, a curated public feed and editors picks, support for importing newsletters, audio playback of articles in a less-robotic sounding voice than rivals, and more. Users can find and follow others on Matter, which curates its content based on tweets from top thinkers as well as what its community publicly shares. The app is currently iOS only, but is developing a web and Android version in the future. 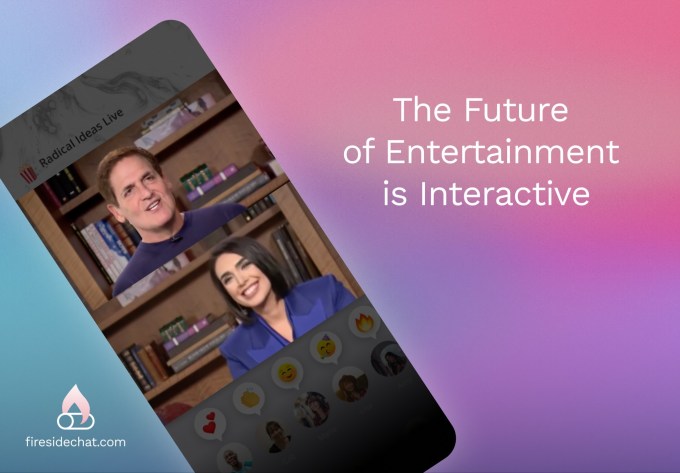 A new startup called Fireside launched this week with what it hopes will be a more compelling set of tools for content creation, distribution, measurement and monetization. The service offers a platform for live and interactive shows, which had earlier drawn Clubhouse comparisons. But Fireside offers live and on-demand programming as well as the ability to export and simulcast to other platforms. The app had been making waves during its beta period thanks to financial backing by Mark Cuban, who has also taken the rare step of naming himself as co-founder. He’s joined by former Googler, YouTuber and Node co-founder Falon Fatemi, who sold her last company to SugarCRM, and early Yammer employee Mike Ihbe. The platform is now exiting its beta period, where it was tested with more than 500 creators whose collective audience reach has topped 100 million, the company says. Fireside is available on the web and iOS to start. (Read the full review here on TechCrunch.) 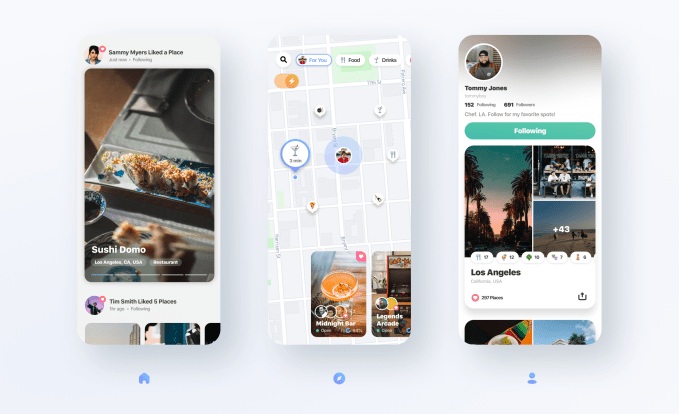 When you’re exploring a city — whether one you’re visiting on your travels or your own — there are a number of tools that can help you find out where to go, what to see and what to do, like Google Maps, Yelp, TripAdvisor and others. But a startup called Welcome thinks that today’s set of tools could be smarter and more personalized to the individuals who use them. Its new app instead uses “real-time” technologies to make recommendations that take into account a user’s preferences as well as other details about their current context — like the weather, season, traffic and the popularity of the place at the current time of day — in order to provide a better-curated set of recommendations. The end result is a city guide that functions more like a personal concierge. (Read the full review here on TechCrunch.)

With the iPhone 13 Pro, users can now take photos close up — less than an inch away from their subject — thanks to its support for macro photography. But now, there’s an option for everyone else, too. Halide’s popular camera app updated this week with a new feature that brings support for macro photography to all iPhone models from the iPhone 8 and up. While the ultra-wide camera will still automatically focus on very-close subjects, the company says, a separate mode unlocks powerful tools and processing specific to macro. To get started, you’ll tap the “AF” button to switch from auto focus to manual focus. To then enter Macro Mode, you’ll tap the flower icon — the universal symbol for macro. Halide will examine your available cameras and switch to whichever one has the shortest minimum focus distance. It then locks focus at that nearest point. You can tap anywhere on-screen to adjust focus or adjust it manually. To make the feature work, it trained a neural network to upscale images in a way that produces “much sharper, smoother results” than what you typically get in an editor, the company said.