Global app spending reached $65 billion in the first half of 2022, up only slightly from the $64.4 billion during the same period in 2021, as hypergrowth fueled by the pandemic has slowed down. But overall, the app economy is continuing to grow, having produced a record number of downloads and consumer spending across both the iOS and Google Play stores combined in 2021, according to the latest year-end reports. Global spending across iOS and Google Play last year was $133 billion, and consumers downloaded 143.6 billion apps.

This Week in Apps offers a way to keep up with this fast-moving industry in one place with the latest from the world of apps, including news, updates, startup fundings, mergers and acquisitions, and much more.

Do you want This Week in Apps in your inbox every Saturday? Sign up here: techcrunch.com/newsletters.

It’s official, Elon Musk now owns Twitter. In typical Musk fashion, the transition has been nothing but chaotic, with the deal closing just ahead of the deadline set by the Delaware Chancery Court — the court where Musk was planning to try to exit the deal by claiming Twitter had misled him about the number of bots on the platform. (He was really looking to get the price down, of course!) In any event, the Telsa and SpaceX exec now has a new toy and everyone is waiting to see what comes next. Earlier, Musk had hinted at layoffs, then later retracted his statements, saying he wouldn’t fire 75% after all. However, he did immediately clear out the C-suite, including CEO Parag Agrawal, CFO Ned Segal, General Counsel Sean Edgett and Head of Legal, Trust and Safety Vijaya Gadde — a sign that he’s planning to fill out Twitter’s top ranks with execs who will do his own bidding and not fight for the Twitter of days past.

Still, Musk’s talk about a Twitter that’s more permissive of “free speech” doesn’t quite align with his message to advertisers posted shortly after the deal’s close: He promised marketers that Twitter can’t turn into a “free-for-all hellscape.” That’s clearly a tacit acknowledgment on Musk’s part that advertisers don’t want to post their content next to hate speech-filled tweets. And despite Musk’s plans to grow Twitter’s subscription business, around 90% of Twitter’s revenue today comes from advertising. Given what he had to pay to own Twitter, Musk probably doesn’t want to have to pay to keep it running, too. 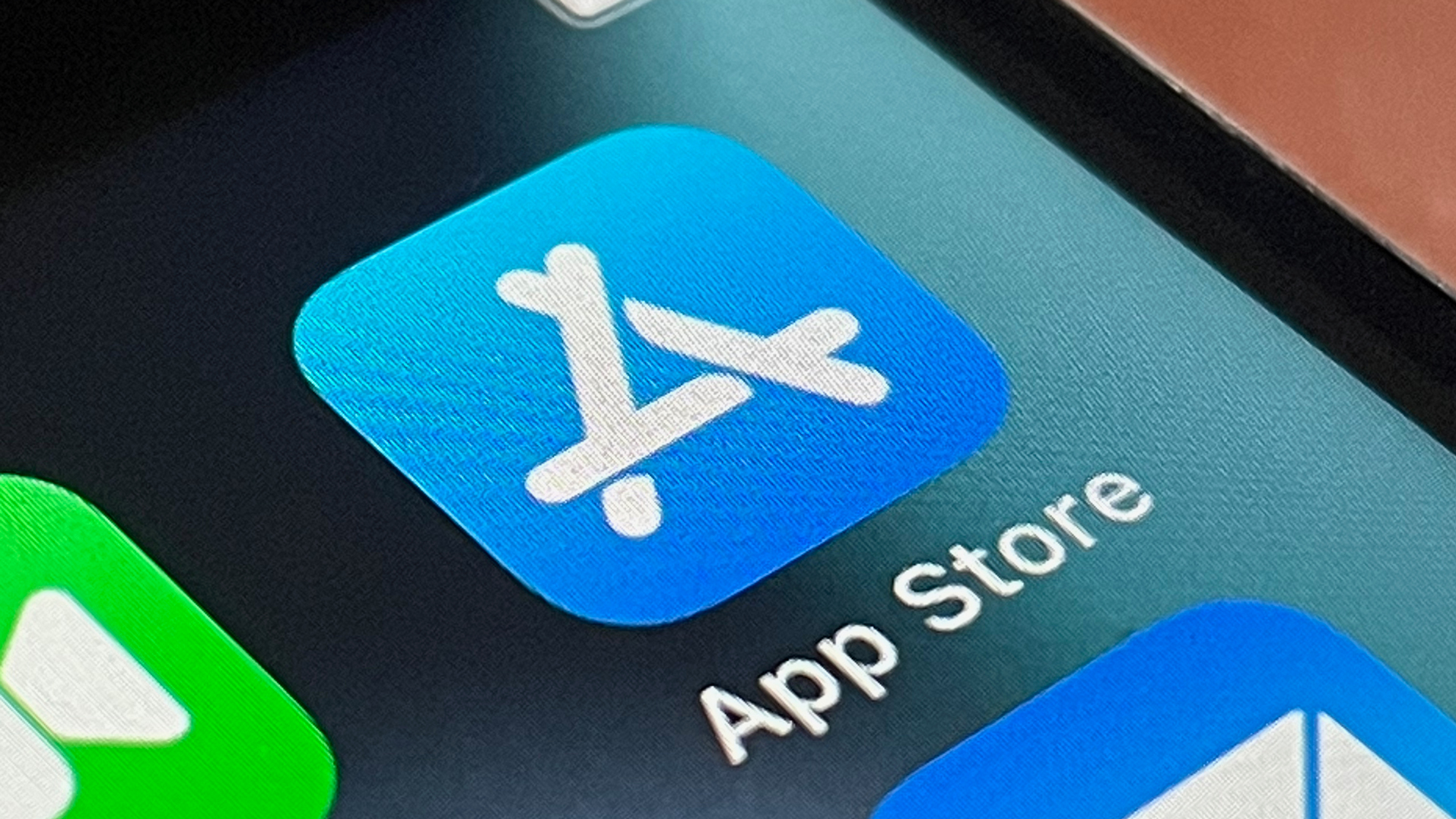 Along with the launch of iOS 16.1, Apple also introduced new App Store Review Guidelines. Among the major changes were two new rules designed to give Apple a bigger slice of the NFT market and Meta’s core advertising business.

The company said apps will be allowed to list, mint, transfer and let users view their own NFTs, but clarified that owning an NFT could not be a shortcut to unlocking any more features in an app. In other words, the ownership of an NFT shouldn’t be a way to route around Apple’s in-app purchases. In addition, Apple said NFT apps can’t display external links or other calls-to-action to purchase NFTs — that can only take place through Apple’s own in-app purchases system, as well.

This change is not all that surprising. As the web3 market grows, Apple wanted to find a way to stake its claim on the revenue and transactions that are occuring inside these new apps. Plus, it’s a better consumer experience for NFT marketplace apps to not just function as a showcase for users’ purchases, but as a place where users can actually transact.

The other big rule adjustment, however, is a bit more startling. In a bold move, Apple essentially said it deserves a cut of Meta’s ads business as well as any other social app. The new rule around social media apps now states that purchases of “boosts” have to flow through Apple’s in-app purchase system.

This could impact any app that sells the ability to boost a post to a wider audience, like Meta (Facebook, Instagram), TikTok, Twitter, dating apps and others. Meta, of course, took significant issue with this change, saying that Apple’s policy undercuts others in the digital economy after Apple had previously said it wouldn’t take a share of developer ad revenue. While Meta isn’t exactly a sympathetic player here, it’s concerning that Apple has decided it can now tax advertising inside iOS apps at the same time it runs its own expanding ads business. That seems like a move regulators will need to look into asap.

Speaking of Apple’s ads business…The company’s App Store ads platform expanded this week to include new ad slots like the main Today tab and a “You Might Also Like” section at the bottom of individual app listings. The slots are available in all countries as of October 25, except China. The ads have a blue background and an “Ad” label to differentiate them from other listings.

Developers, however, were immediately disturbed by the instant deluge of gambling ads that appeared marketed alongside their own, including against kids’ applications and, in at least one case, a gambling addiction recovery app. This was a poor look for Apple. After all, the gambling category itself is already controversial — many developers would rather not share an app marketplace with these often predatory apps in the first place, much less have them advertised alongside their own.

Apple at least moved quickly to respond to the backlash by “pausing” gambling ads and a few other categories on App Store product pages, but the company didn’t say how long this pause would last or what it planned to do about the situation in the long term.

Spotify accuses Apple of anti-competitive behavior, this time around audiobooks

Just ahead of its Q3 earnings, Spotify published a blog post that again accused Apple of anti-competitive behavior with regard to its launch of audiobooks in the U.S. On an accompanying website, Spotify noted that its app update to include the audiobook expansion was rejected three times without “clear direction” as to what needed to be changed to come into compliance. The site details Spotify’s criticisms of Apple’s platform, explaining how Apple requires audiobook purchases to use Apple’s own in-app purchases — or, if selling elsewhere, prevents Spotify from telling users why, where or how to make those purchases outside of iOS.

Because Spotify wants to avoid the 30% IAP commission, it doesn’t let users buy audiobooks in its app. Instead, users select the book they want to purchase and are emailed a link that points to a website where they can complete the transaction.

“The Audiobooks purchase flow that Apple’s rules force us to provide consumers today is far too complicated and confusing — confusing because they change the rules arbitrarily, making them impossible to interpret,” Spotify’s blog post stated.

The company has regularly battled with Apple over its App Store policies but is sometimes seen as an unsympathetic victim due to its size, revenues and its role in moving the music industry to streaming, which artists say doesn’t pay. 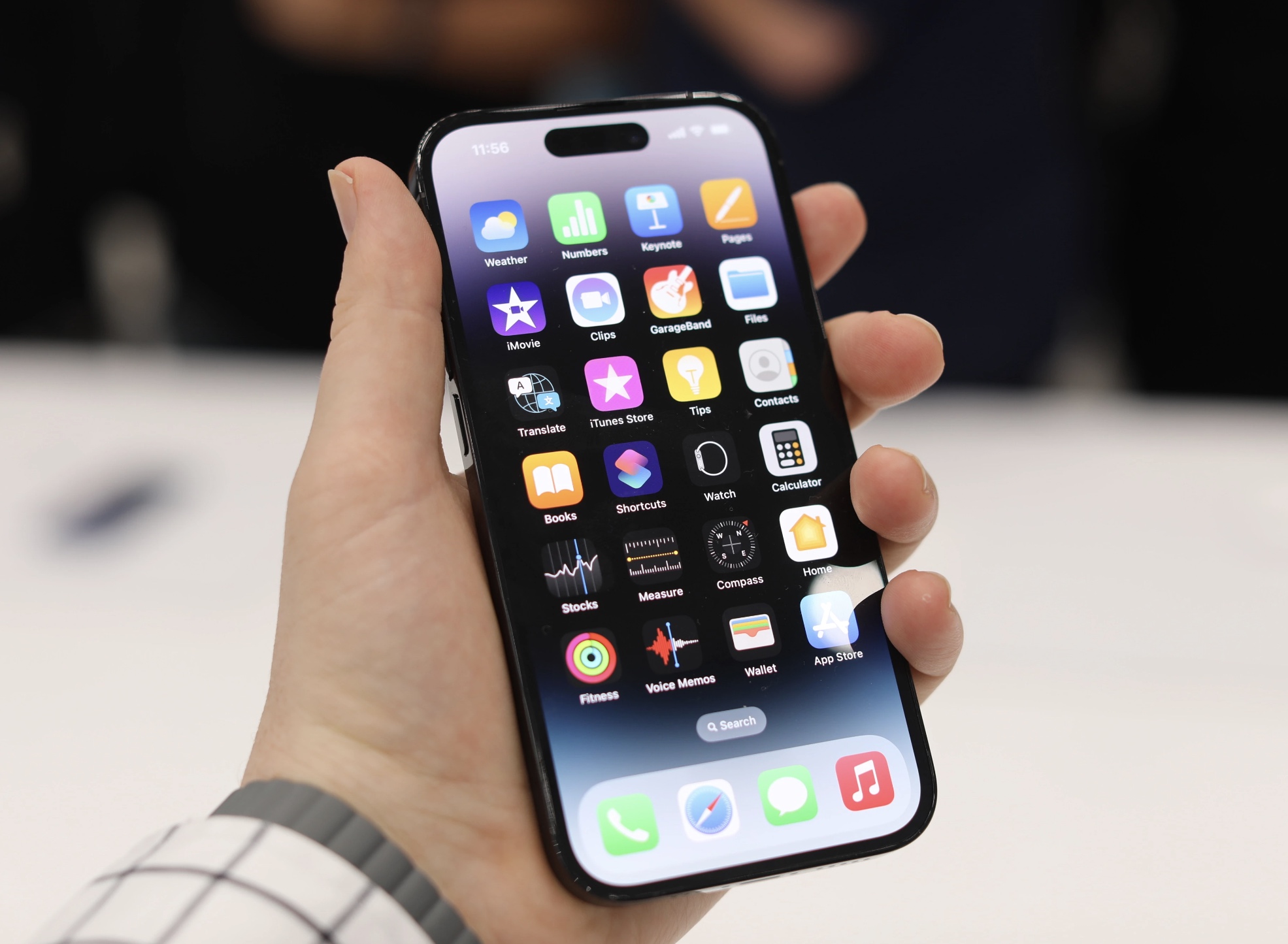 Meta is in trouble 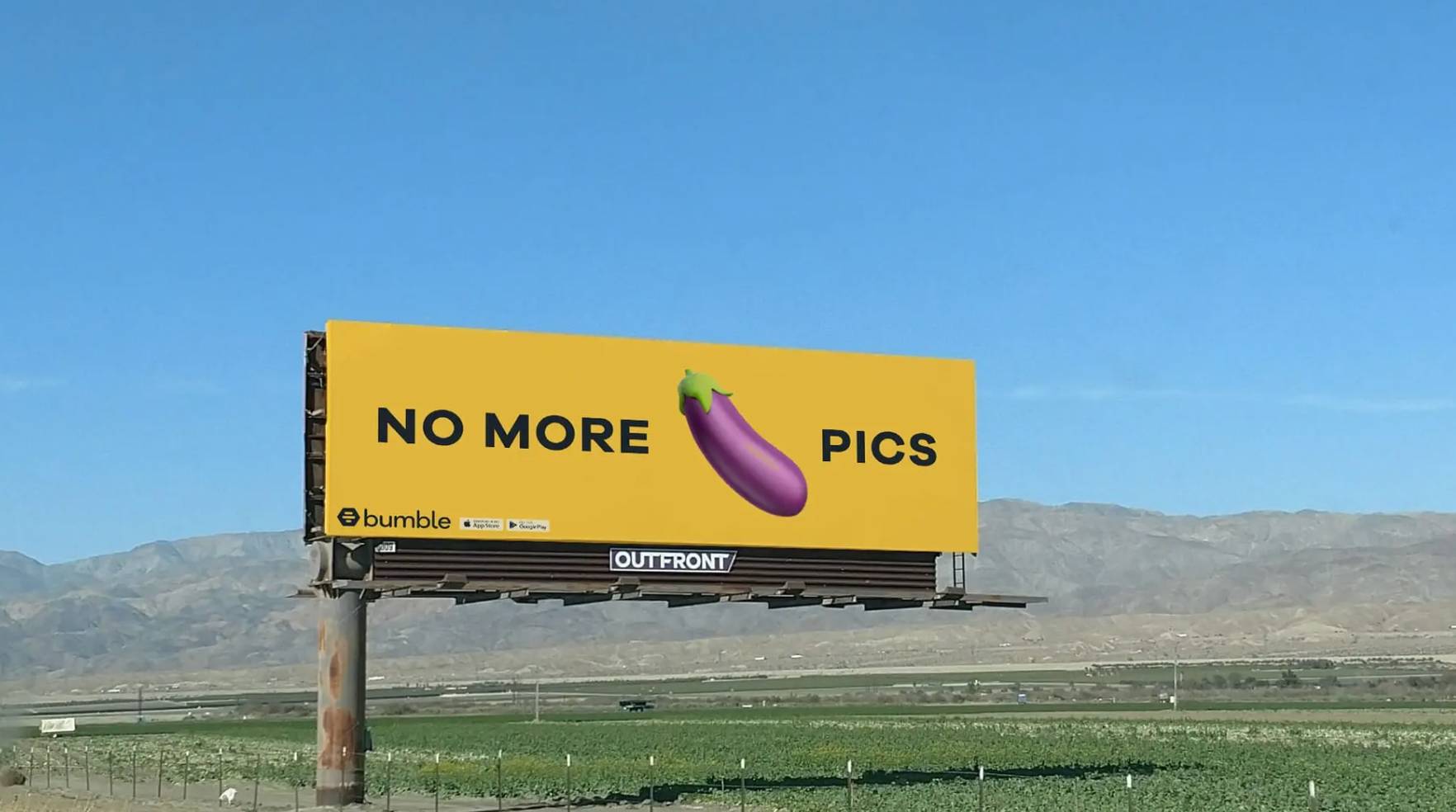 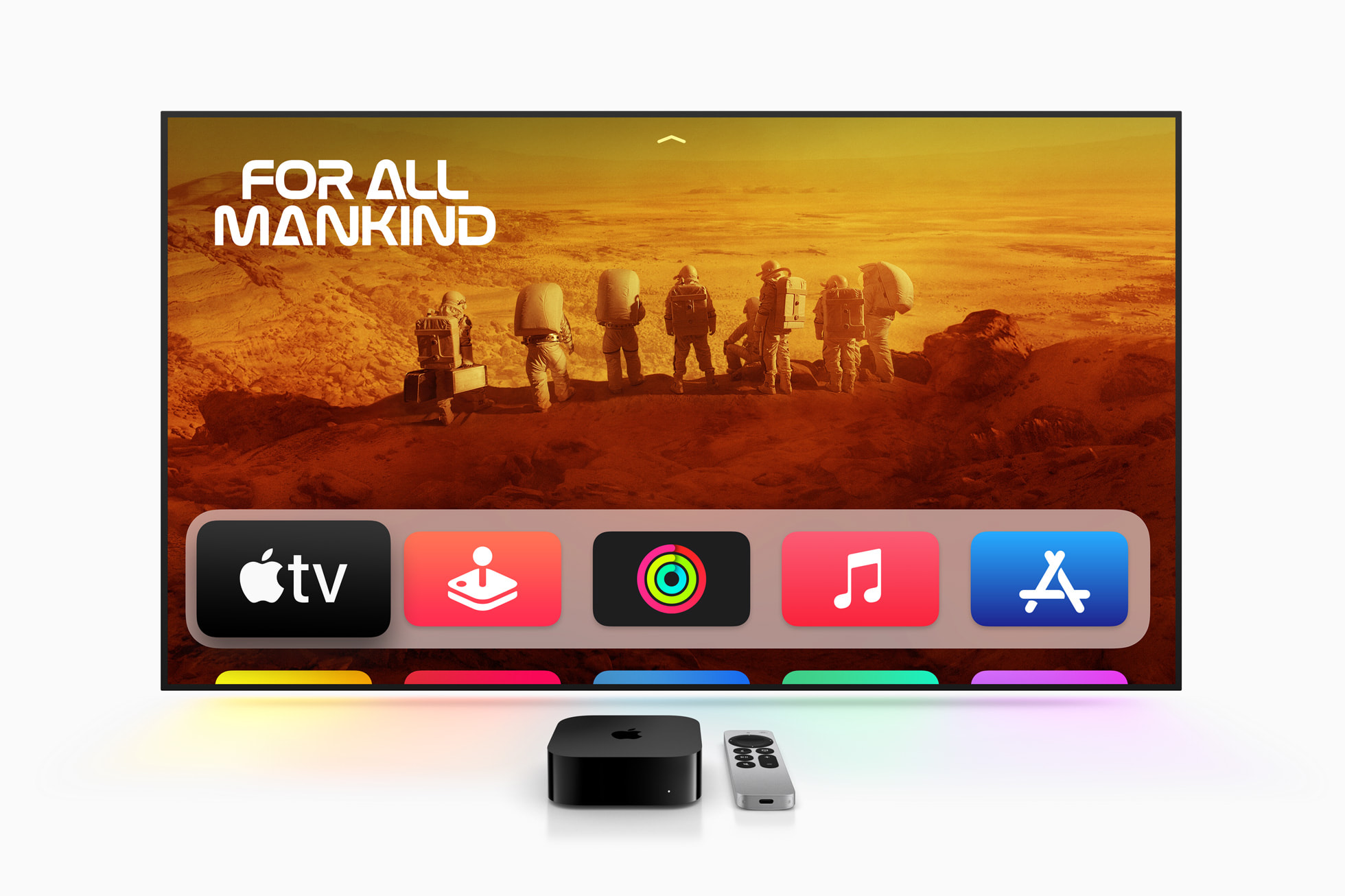 Inside TheTruthSpy, the stalkerware network spying on thousands 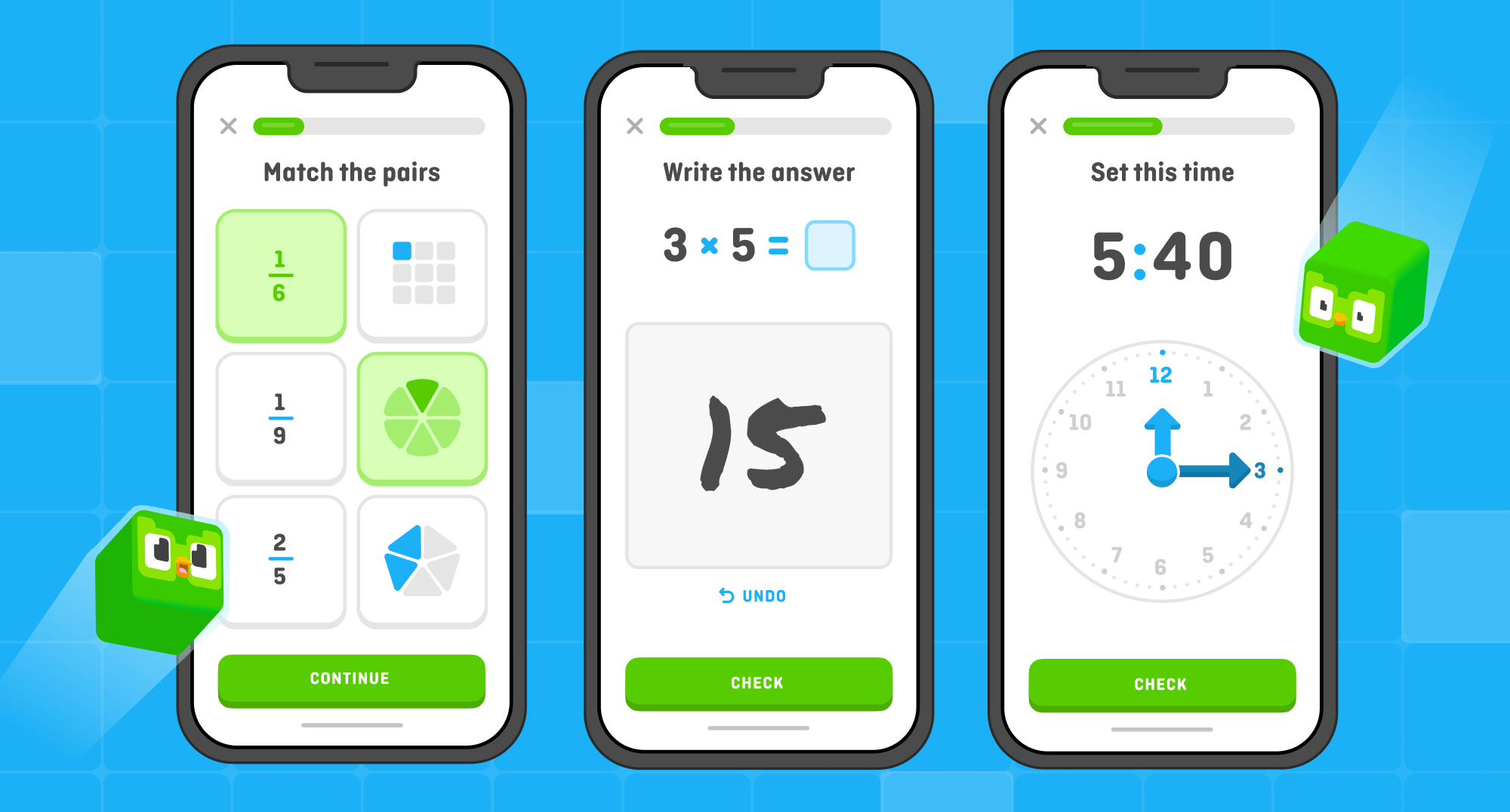 Language-learning company Duolingo officially launched its math app to the public this week, following beta trials. The app represents the first expansion beyond language learning and literacy for the company. The app allows users to choose between an elementary version that focuses on basic concepts like multiplication and division and an adult version that’s more optimized for “brain training” exercises that put skills into practice. A future version may even expand into higher-level math, like linear algebra or college-level math. The app is remaining free to use for the time being.

With my new Pixel Pals app, you can finally have adorable pets in the new Dynamic Island 24/7, *everywhere*, fully animated and cute as heck. they're freeeeeeeee! pic.twitter.com/3hPL8FaUiY

Apollo developer Christian Selig thought he’d have a little fun with the new iOS 16 feature, Dynamic Island, so he added a feature to his popular Reddit client called “Pixel Pals” that let users collect and care for small, animated pets that run atop the black bar at the top of the screen. The feature took off as people adopted their pixelated pets, fed them and played with them to earn their love.

Taking a cue from users’ interest, Selig launched a standalone app for Pixel Pals, which now allows pet owners to do more with their animated friends, including pinning them to the Home Screen as transparent widgets, adding them to the Lock Screen as animated widgets and enjoying them through iOS 16’s Live Activities, among other things. If anything, the app works to demonstrate iOS 16’s new features in a clever and entertaining way. Users seem to enjoy the new experience, too — as Selig noted this week, the app hit the top 3 in the Graphics & Design category on the App Store.