A dispute over working conditions at “new media” properties like Netflix, Disney+, Apple TV and others may shut down productions across the country if a strike vote by the union succeeds. Thousands of workers on and off set claim they are not receiving appropriate wages, breaks, safety measures and other needs due to a contractual loophole exempting these companies from established film and TV production labor standards.

The conflict has been widely covered in the entertainment press, with celebrities and studios voicing their support and countless workers sharing horror stories from jobs on these productions.

The issue, as explained by the International Alliance of Theatrical Stage Employees, or IATSE, is a 2009 agreement made when companies like Netflix were just starting to get into original productions and didn’t have the kind of labor infrastructure that established studios did. The economics of these “new media” companies being “uncertain,” it was decided that “greater flexibility” would be afforded to them in on-set matters where union rules might impede new and untested entrants.

But that same agreement noted that once these services became more economically viable, then a new agreement should take its place acknowledging that. That time, the IATSE says, has come.

And who could possibly disagree? Netflix is now an industry powerhouse, and billions are being spent by Disney, Apple, and Amazon on some of the most high-profile media productions ever attempted. Yet because they are “new media,” the gaffers and grips on, say, something like the new Lord of the Rings show or the next season of Bridgerton don’t have the same guarantees of lunch breaks, hour limits, or proper scale wages as an “old media” production. 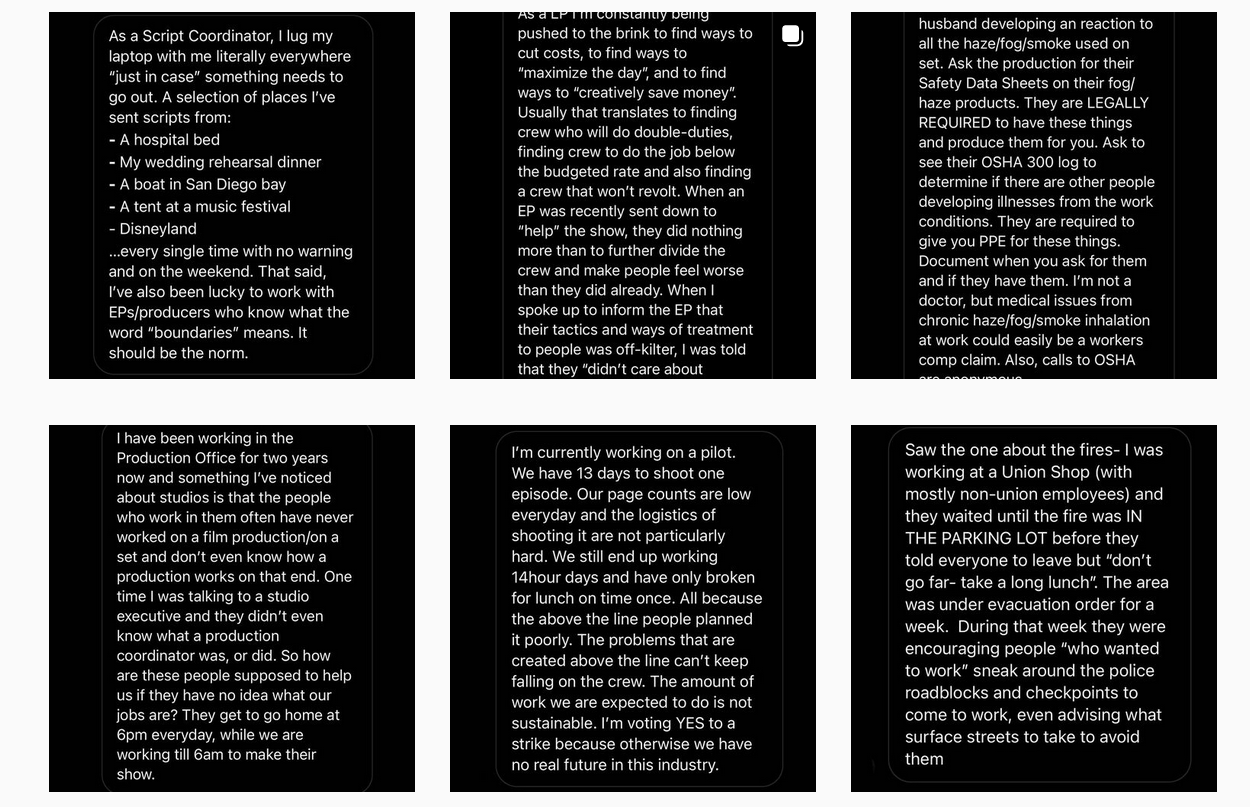 That’s not to say that every production under these companies is hell — a lot depends on the producers — but the lack of guarantees has produced what many workers describe as systemic exploitation. It’s taken for granted that they will work longer hours than they are officially paid for, skip holidays and weekends, and so on, while earning less than they would for equivalent work on a production under, say, Universal or A24.

Much ink has been spilled on the huge production efforts of these companies, dropping billions to compete with one another over lucrative subscribers. Each company has dozens of shows being produced simultaneously and on breakneck schedule in order to satisfy the seemingly bottomless demand for content. If we don’t get a new Stranger Things season in time, there’s a good chance something will become “the new Stranger Things” and eat Netflix’s lunch, or rather popcorn.

Comparatively little has been written in the tech world about the human cost of these productions — after all, that’s more on the “entertainment” beat. But it’s par for the course with tech companies to claim the benefits of “innovation” while washing their hands of the repercussions; hardly a week goes by that we don’t hear about some horrible new consequence due to a feature or policy at Facebook, Google, Amazon, Uber, DoorDash or any number of other companies.

It’s not surprising to hear that some of these same companies are fostering an exploitative work environment — many of them rely on one already!

At any rate, negotiations between the IATSE and the Alliance of Motion Picture and Television Producers have stalled and the union has formally asked its workers to vote on whether to initiate a strike. If it’s a “yes” when the votes are counted in a few days, there will probably be one last chance for “new media” to make a satisfactory proposal before a huge number of productions are halted.

“We are united in demanding more human working conditions across the industry,” said IATSE president Matthew Loeb in a press release today. “If the mega-corporations that make up the AMPTP remain unwilling to address our core priorities and treat workers with human dignity, it is going to take the combined solidarity of all of us to change their minds.”

Certainly almost everyone involved would prefer not to have to strike, though it would be an impressive demonstration of organized labor’s power to disrupt a plainly hostile industry. Here’s hoping negotiations succeed at last and the production professionals being trodden on by this new crop of media overlords get the breaks they deserve.