FJDynamics, founded by DJI’s former chief scientist Wu Di, just closed a Series B round of $70 million as it advances its goal to empower workers in the harshest environment with robotic technologies.

When I asked Wu what’s special about his company’s farming robots, he gave an answer that would make any publicist sweat: “I don’t think our technology is that special.” The startup’s vision, he said, is to make useful and affordable robots for the most labor-intensive industries.

“You can have the most advanced AI algorithms,” he continued, “But if the technology doesn’t work on the production line or the farm, because you don’t have any industry experience, then how does your technology benefit people?”

The technologies that Wu worked on before FJDynamics were cutting-edge in every sense. At DJI, he served as the chief scientist and oversaw the drone giant’s acquisition of the Swedish format camera maker Victor Hasselblad AB in 2017. Before returning to China, he spent a decade in Sweden, during which he earned a PhD in domain-specific processor design. He also worked as a vice president at fabless semiconductor company Coresonic AB and a director at the Swedish luxury sports car maker Koenigsegg AB.

“After seeing all these first-class technologies, it’s a stretch to say we [FJDynamics] are a high-tech company,” said the founder, who donned a slightly faded checkered shirt and a pair of thin-rimmed glasses on the morning of our interview.

We were sitting in a makeshift meeting room, a partition comprising a few desks separated from the rest of the open-plan office by movable walls. The company, located in Shenzhen’s bustling tech hub Shenzhen, was fast expanding and approaching 1,000 employees. 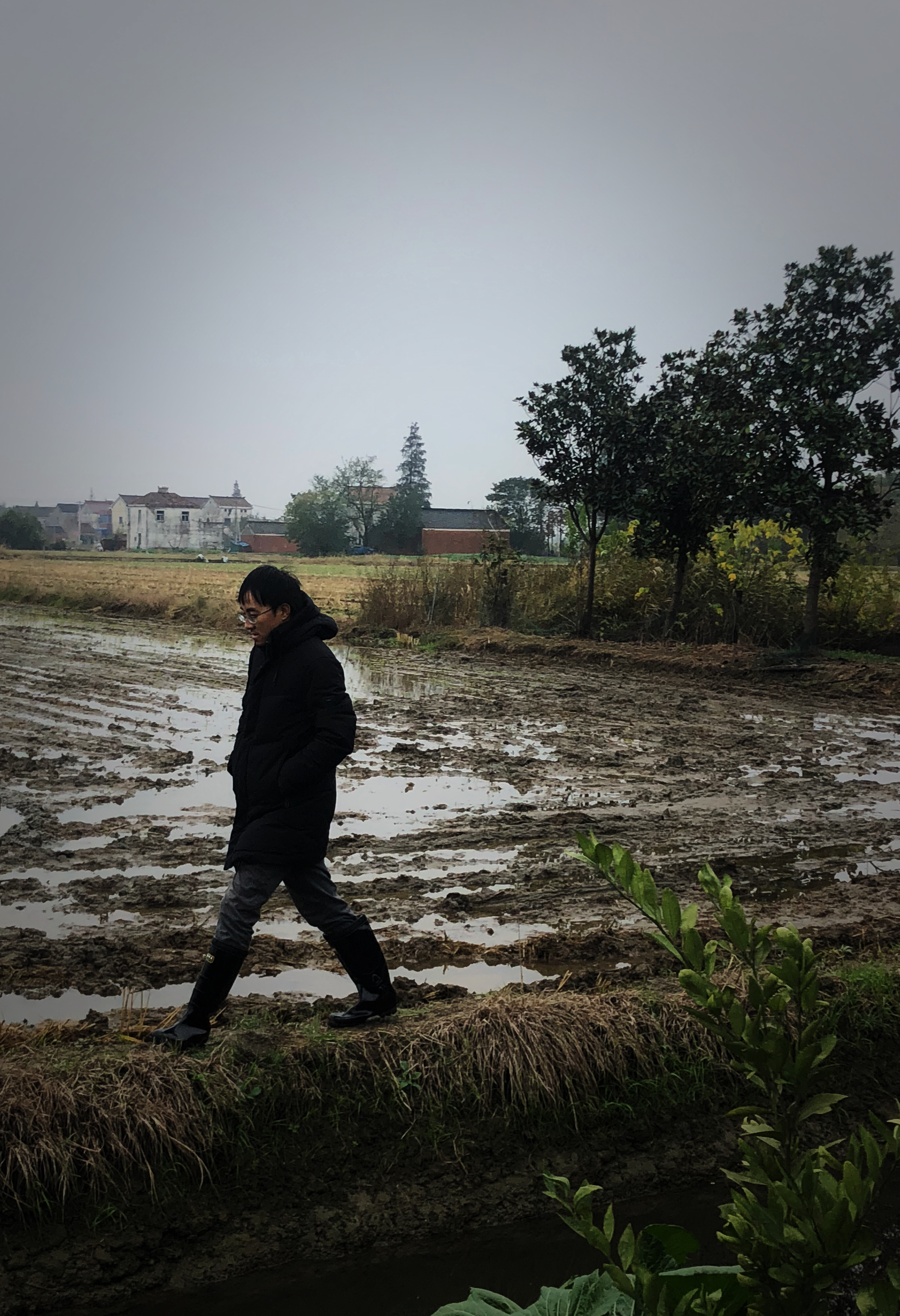 In 2019, Wu left DJI to start FJDynamics. The company set out with a focus on agricultural robots, building tools like unmanned lawnmowers, orchard sprayers and feed pushing machines. It has since ventured into other fields that depend heavily on manual work, such as construction and manufacturing.

As Beijing invokes a digital upgrade in the country’s traditional industries, Chinese companies like FJDynamics are in hot demand by investors. FJDynamics itself has attracted a rank of heavyweight financiers, including Tencent and state-owned automaker Dongfeng Asset Management. DJI had a stake in the company early on but has since sold off its shares.

It declined to name its sole investor in its latest Series B round and only said it is a major internet firm in China. The funding, the company said, will allow it to “grow its suite of robotics automation technology across agriculture, facility management, construction and gardening, along with supporting the increasing demand of the company’s ESG product offerings in over 60 countries.”

Over the years, a raft of tech talent has left DJI to set up their own shops or join others’ fledgling projects. Portable battery maker EcoFlow, hairdryer Zuvi, electric toothbrush brand Evowera are among the most high-profile ones. For Wu, what drove him away from a prestigious position at the world’s largest drone company was a sense of disconnection he felt making “luxury” hardware.

“If you look at how robotic technology is being applied, there are a lot of companies using drones and autonomous vehicles. But the majority of people on earth aren’t benefiting from it.”

“Agriculture, construction, gardening… Work conditions in these sectors are physically demanding and there are still a lot of us doing this kind of job. The question is how we use robotic technology to improve their work environment, and that doesn’t mean simply replacing them with robots,” said the founder.

One of FJDynamics’ popular products is the automated feed pusher. To produce high-quality milk, cows need to be fed about ten times throughout the day. The routine requires farms to have staff on-site 24 hours. A farm with 500 cows, for example, needs about three grass feeders to take shifts. But in poorer countries, farms can’t afford to have as many workers and staff could be out tending to the cows all day even in the coldest season.

FJDynamics aims to make farmers’ work easier. Its vision-guided feeder, which costs about 20,000 euros each, can feed up to 500 cows a day. In 2019, it acquired the 110-year-old Swedish farming company Sveaverken, which has helped put the Chinese firm’s feed pushing robots to work.

“I never talk about technology to my customers. The farmer is more interested in whether my product can help improve the crop yield,” said Wu. “Every farmer is an economist.”

Because of the company’s vision in “making tech affordable”, margins are “modest” and the management is vigilant about operational costs.

At the moment, about 40% of the startup’s sales happen outside China across some 60 countries. Many Chinese companies expanding overseas are increasingly cagey about their origin, fearing hostility against anything labeled “Chinese”. Wu takes a more proactive approach.

“Even though I’ve lived in Europe for ten years, I can’t rip off my skin. I don’t think that’s important — whether it’s a Chinese, American or Swedish entrepreneur… As long as you build great products and bring benefits to my customers, there will be users.”

Data compliance is especially key to a company’s global expansion. FJDynamics provides the hardware and software while its local partners help deploy the “system” using the data. Microsoft Azure is its main cloud partner outside China to allow “elastic deployment while meeting data privacy requirements such as GDPR.”

“Our culture is that we don’t want the data,” Wu said.

Unlike smartphones or drones that require sophisticated processors, FJDynamics’ products use relatively simple chips that could be found in China, so the firm is likely immune from the recent supply chain disruptions, the founder reckoned.

While Wu may not be working on the most advanced technology anymore, he looks for ways to impart his knowledge. When he’s not developing the next farming robot, he lectures at the Southern University of Science and Technology in Shenzhen.

“I live a simple life that focuses on two things — product [FJDynamics] and education,” the founder said. “I’ve seen a lot and realized that money can’t change you or make you happier. So you need a simple goal, and achieving the simple goal makes your life happier.”