Ghanaian health tech startup mPharma is building a network of community pharmacies across Africa as it plans to be the go-to primary healthcare service provider for millions of people residing in the region.

mPharma plans to grow its community (Mutti) pharmacies across eight markets in Africa to be the first point of care for patients. The startup’s Mutti pharmacies are essentially mini-hospitals offering a wide-range of services including medical consultation, diagnostic and telehealth services. All these while increasing access and affordability to quality medication.

The startup has now set out to activate more mutti pharmacies to widen its reach and to build out its tech-infrastructure as it readies itself for the next phase of growth after raising $35 million in Series D round.

The new funding, mPharma co-founder and CEO Gregory Rockson told TechCrunch, will be used to build the startup’s data infrastructure, triple its talent pool over the next three years and support expansion plans in its current and new markets. It is also rolling out an e-commerce platform for pharmaceuticals.

“We are hiring over 100 engineers to build all our technology in-house and this includes a massive data infrastructure we are creating. We are also investing in other skilled talent like doctors and nurses, professionals that are critical in the work we do,” Rockson told TechCrunch.

“​​Bloom our pharmacy management software will allow us to build structured population health datasets that enable Mutti pharmacies to provide better care pathways to the community they serve,” he said.

The financing raised comprises $30 million in equity and $5 million in debt from CitiBank, bringing the total amount raised by mPharma to $65 million.

Investors that participated in the round include JAM Fund; a venture capital firm founded by Tinder co-founder Justin Mateen, Unbound; a growth investment firm by Shravin Mittal the managing director Bharti Global limited (Bharti family investment arm) and the first investment in Africa for Lux Capital; a New-York City based VC firm investing in science and tech ventures. Other investors include Northstar, Social Capital, Novastar and TO Ventures.

mPharma was originally founded in 2013 by Rockson, Daniel Shoukimas and James Finucane to manage prescription drug inventory for pharmacies and their suppliers, retail pharmacy operations and provide market intelligence to hospitals, pharmacies and patients.

In October last year, the startup added telehealth services to its portfolio, tapping into the telemedicine wave that took off after the Covid pandemic. During an interview with TechCrunch in October last year, Rockson said the startup was planning to have 100 virtual centers by the end of six months. The number of virtual centers is primed to grow further alongside mPharma’s plan to increase its community pharmacies by 10 times over the next three years, from the current 200 centers.

Patients in Ghana, Nigeria, Kenya, Zambia, Malawi, Rwanda and Ethiopia, where mPharma has a presence, now have access to the virtual services. mPharma is also present in Gabon where it has a contract with the government to build a drug supply chain infrastructure. 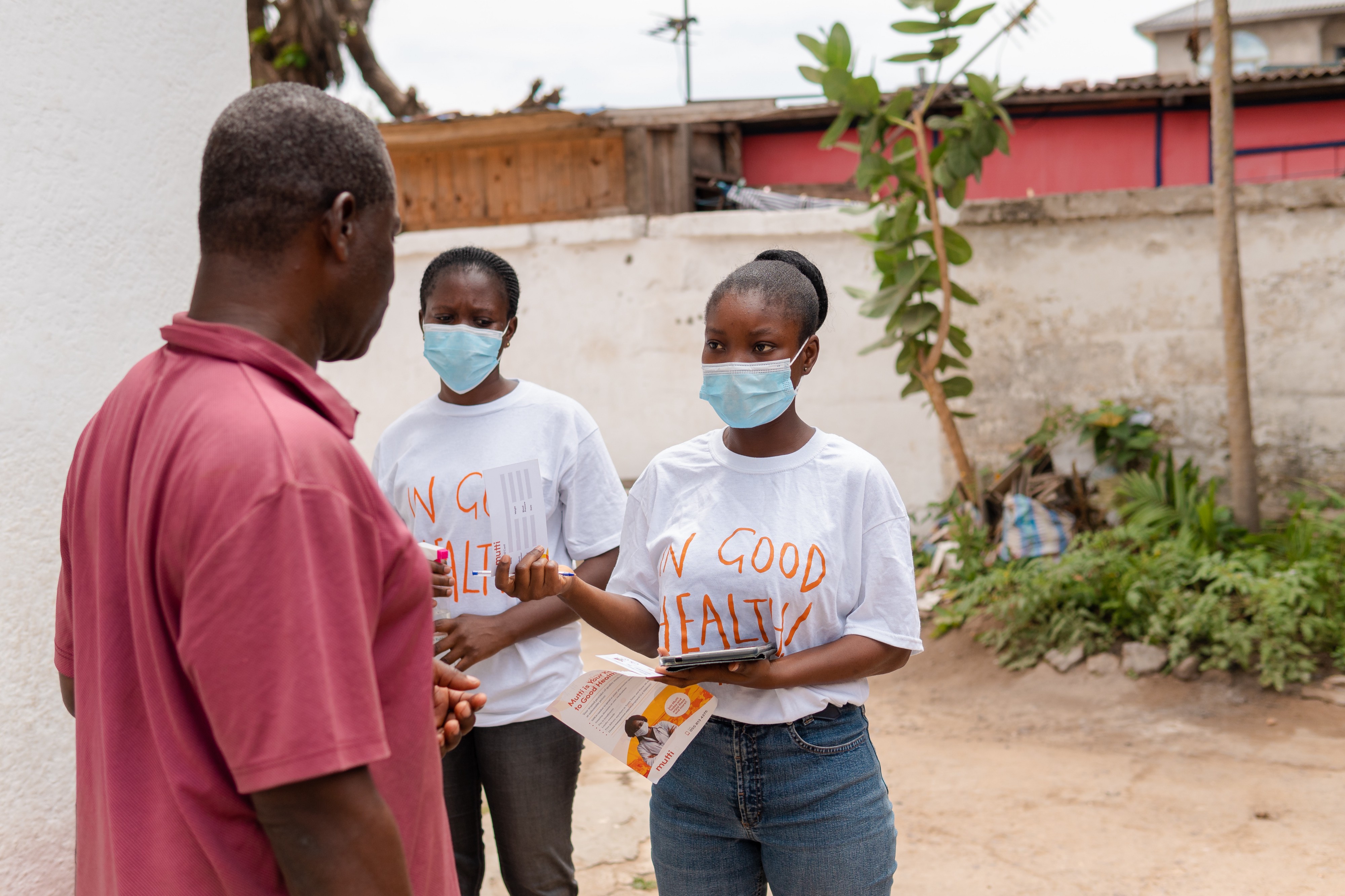 Startups like mPharma are bridging gaps in healthcare provision by bringing vital services closer to communities through, among other channels, pharmacies and community health checks.

This is a needed involvement given that countries across sub-Saharan Africa have an average of 0.23 doctors for every 10,000 people against the best ratio of 84.2 doctors in some of the most developed countries, according to World Health Organisation data.

“Covid showed us that the best form of care is local, it is in the community, and the closest thing in communities are pharmacies. We believe that the pharmacy of the future, which is what we are creating, is one built around longitudinal care not episodic care,” said Rockson.

“We are transforming community pharmacies into the foundation of a modern health system in Africa. We will have a Mutti pharmacy in every community on the continent. Guarantee the availability and safety of medicines for each community and utilize the physical infrastructure of Mutti pharmacies to expand Mutti Doctor (the telemedicine service) creating the largest network of doctor offices and diagnostic centers.”

To offer all-rounded services, mPharma rolled out an ecommerce platform — the Mutti Online Pharmacy — a few weeks ago allowing its members to shop for pharmaceutical products. Starting in Ghana, they are initially only dispensing over-the-counter medication, but with plans to include prescription drugs in the near future. mPharma’s Mutti Online Pharmacy is now among the handful of exclusively digital pharmacies, including Kenya’s MyDawa, with operations in Africa.

mPharma has also in recent months embarked on a diversification, partnerships and expansion strategies to grow the company. A few months ago it acquired a 55% stake in Uganda’s Vine Pharmacy, which was previously held by the Abraaj Group. It also entered Ethiopia in March last year by signing a franchise agreement with Belayab Pharmaceuticals through its subsidiary, Haltons Limited.

mPharma enjoys expertise backing from well-experienced professions in the pharmaceutical industry including Helena Foulkes, former president of CVS, the largest pharmacy retail chain in the U.S. and Daniel Vasella, ex-CEO and chairman of Novartis; both are members of the board. The startup’s other investors include U.K.’s development arm CDC Group, Breyer Capital and Golden Palm Investments.