Influential entrepreneurs like Paul Graham and Naval Ravikant always preach the need for startups to have founders-turned-investors on their cap table. As Ravikant puts it, “founders want to know that the people they are taking money from have first-hand experience.”

His platform AngelList has helped individual founders-cum-investors source and participate in deals via collectives. However, some venture firms have taken this up a notch by bringing founders to create a fund and invest together.

Today, one of such,MAGIC Fund, a global collective of founders, is announcing that it has raised a second fund of $30 million to continue backing early-stage startups across Africa, Latin America, and Southeast Asia.

Since the firm’s first fund which launched in 2017, MAGIC has invested in 70 companies at pre-seed and seed stages across these emerging markets. Some of these companies include Nigerian fintech Mono, Novo, Payfazz, and Retool, a startup nearly valued at a billion dollars.

MAGIC Fund has 12 founders who act as general partners. TechCrunch caught up with managing partner Adegoke Olubusi and operating partner Matt Greenleaf about the fund’s thesis and activities.

Olubusi, who had built and exited a couple of startups over the years, also dabbled with angel investing for some time. In 2017, Olubusi’s current startup Helium Health got accepted into Y Combinator. It was there he met more founders like him who were angel investors with impressive portfolios. The interesting bit? Each founder wanted to invest in other companies during YC’s Demo Day.

“So about three years ago, I was at YC, and I was going to invest in my own batch. I was pitching on the day, but I was also listening to other pitches. However, it wasn’t just me; there were many other founders as well,” Olubusi said.

After building and exiting multiple startups, some founders turn into angel investing to support startups and respective their ecosystems. The problem is they tend to go alone and are stuck with cutting checks in their local markets, which limits opportunities.

Here’s a scenario. In 2016, when unicorns Flutterwave and Kavak raised their seed rounds in Nigeria and Mexico respectively, an African biotech founder who knew about Kavak and a Latin American edtech founder interested in African fintech would not have had the capacity to evaluate those deals even if they wanted; the reason being a lack of reach and experience in both the industry or geography.

Olubusi and the other founders knew this would be a limitation in the long run if they went solo. Thus, they decided to create MAGIC. The idea was to bring global founders together with diverse skillsets in diverse industries and geographies to evaluate deals better and drive value for each other. Hence, they can participate in two unicorns instead of one.

“Instead of us investing individually because obviously, we have somewhat limited capacity in terms of how much time we have as founders because of our respective companies, why don’t we collaborate on a strategy together and co-invest together?”

“The way we thought of MAGIC was a fund of micro funds built by founders for founders,” Greenleaf continued.

Fund of micro funds but more than money

In some of the personal conversations I’ve had with founders about their investors, a recurring theme has been that the most useful investors didn’t necessarily sign the biggest checks. It’s a theme Olubusi also relates to all too well.

“It was like every time we think about it, everyone who gave the most money rarely had time for us. It was so frequent that we all identified this as an actual thing. What actually drove value for us were other investors who were founders and operators, and other experienced people who were able to help us find product-market fit and fight regulators. These were actually the people in the trenches with us.”

Olubusi believes the early-stage part of investing, particularly in pre-seed and seed, is where VCs who are founder-operators find their sweet spot. They are extremely valuable when startups are trying to figure out product-market fit. And unlike traditional investors who are looking to get multiples on investments, Olubusi argues that for founders-investors, what matters is how much value they can drive. 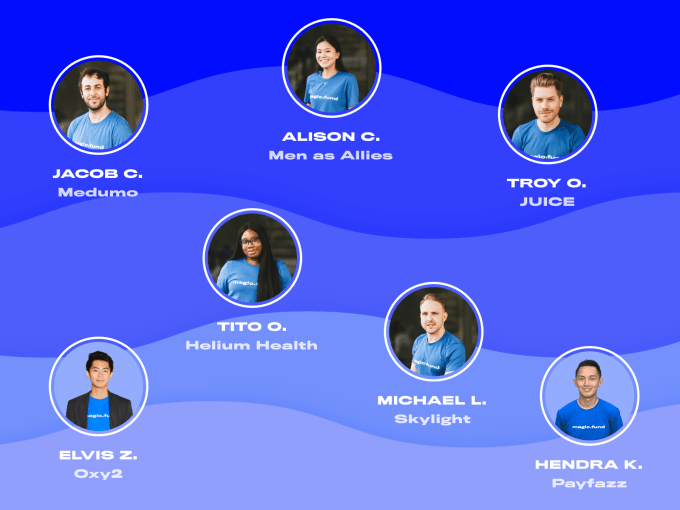 MAGIC’s play is even more essential considering that it plays in emerging markets where on-the-ground operational help is needed in industries with numerous unknowns and uncertainties.

“There is so much money in the market now and early-stage decision making at pre-seed and seed should be left in the hands of founders. Because think about it really, in order to make an evaluation of whether I should invest in a healthcare or fintech company in Africa, it makes sense to have those who’ve spent years battling through it in the trenches, make those decisions. And what we’re trying to do with the fund is publish as much information as possible and keep performing at the 100 percentile and say this is still the best strategy and is very scalable.”

MAGIC Fund 1 was $1.5 million which came from the pockets of all 12 GPs. Olubusi says the investments performed 5x over the period of three years. As some of these companies exited, their founders invested in MAGIC and came on board as Fund 2 partners.

MAGIC has also enlisted additional investors who, according to Olubusi, are respected for their investing abilities and ecosystem support. For instance, Olugbenga Agboola, CEO of Nigerian fintech unicorn Flutterwave is known across the African tech ecosystem as a founder who goes out of his way to help established and up and coming fintech companies. Hendra Kwik of Payfazz has such a reputation in Southeast Asia as well. They, alongside other founders, join MAGIC as limited partners.

Per the firm’s statement, one-third of the entire fund was contributed by the founder GPs. For its LPs, diversity play is taken into consideration as 50% of them are black while 33% are women. Some of them include Michael Seibel, Tim Draper, Rappi’s Andres Bilbao, Paystack’s Shola Akinlade, Katie Lewis, Octopus Ventures’ Kirsten Connell, among others. 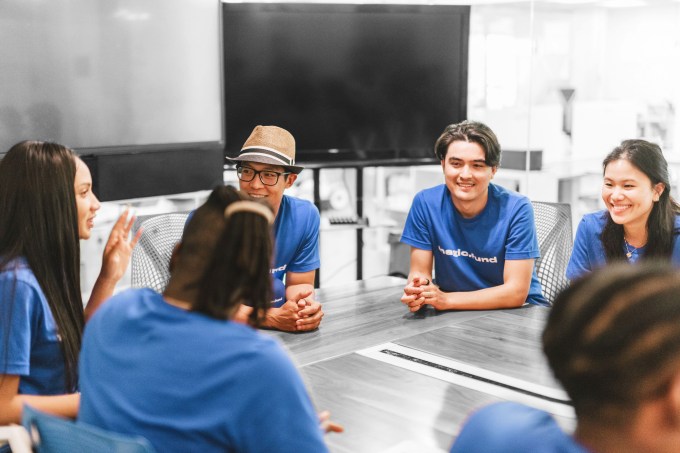 Magic Fund 2 will be writing $100,000 to 300,000 checks at pre-seed and seed stages focusing on fintech, healthcare, SaaS and enterprise, crypto, developer tools in emerging markets.

What does the fund look for in founders? Olubusi gives two answers. One, MAGIC wants to back founders that have incentives to stick through the hard times of a company.

“At pre-seed and seed, you don’t have enough data about a company to make an investment decision. Your bet is entirely on the founder and the founding team. What we know, having done this several times, is that things get harder. So when we’re looking at the founder, we’re evaluating whether or not the founder has the grit to stick through the toughest times which are going to come up.”

The second indicator factors if the founder has the willingness, openness, the flexibility to learn and use that knowledge to succeed. Greenleaf believes these strategies have incredibly helped the firm fund exceptional companies and maintain good relationships with founders.

“Most of these founders don’t view us as their investors. They view us as fellow founders who are helping them along their journey. I think that also ties into them keeping it real with us and allows us to see them as people, and not just founders. That’s kind of one of the things that have worked in our favor,” he said.