Intelligent Implants raises $8.7M to help you grow a spine

Spinal surgery is not for the faint of heart at the best of times, but Intelligent Implants raised €7.5 million ($8.7 million) to make spinal surgery less of a pain in the backside. The company’s smart implants’ first application is in spinal fusion surgery — where two or more vertebrae are permanently connected to improve stability, correct a deformity or reduce pain. Globally, more than a million of these surgeries are performed, but they are typically seen as a last resort because of the risk of complications or continued pain after the operation.

Intelligent Implants uses wireless implantable electronics to stimulate, steer and monitor bone growth. The company points out that the current state-of-the-art post-operation management is potentially long-term dependence on physical therapy and/or painkillers. Intelligent Implants is wading into the market to add a more tech-forward solution to the mix.

The company’s smart, active implants aren’t the first devices in this category. You’ll be familiar with pacemakers and cochlear implants, which have been available since the 1950s and 1970s, respectively. Intelligent Implants’s innovation is in creating a solution that doesn’t require wires or batteries. The product is placed between vertebrae with the same standard surgical procedure as current non-active implants.

The implant is then powered externally through induction, much like how your phone might use a wireless charging pad. This creates an electric field that stimulates and guides bone growth.

“I don’t wish this surgery on anyone, but if you have to do it, we have to make sure that the outcomes are as good as they can be,” said John Zellmer, CEO of Intelligent Implants.

The electrodes that are used for stimulation can also be used as sensors. The device consists of a standard orthopedic implant, with some additional magic thrown in. The magic, in this case, is a number of electrodes that can be used for neuromodulation to aid bone growth, along with some antennas and electronics to control it all. After fusion surgery, the patients wear a spinal corset to keep everything in place where it is meant to be — and that’s a convenient place to keep the power and control units for the device.

Zellmer explains that Intelligent Implants get the sensor side of the equation almost as a side effect of the bone-growth stimulation. He explains that the device can do impedance measurements. Bone doesn’t conduct very well, so when the graft material is gradually replaced by bone in the body, the electrical signature changes, and in the process you can measure the bone growth. 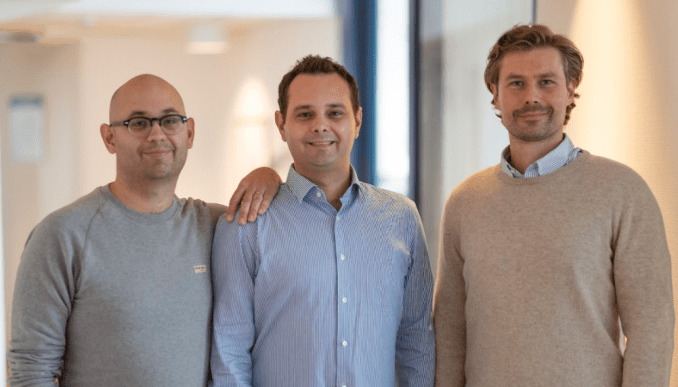 The company’s product — called SmartFuse — just received a Breakthrough Device designation from the FDA, which, among other things, means that the government agency believes that “the device provides for more effective treatment or diagnosis of life-threatening or irreversibly debilitating human disease or conditions.” The company explains that, in order to be part of the program, it completed large-animal trials on sheep, which showed three times more bone growth and cut the time to fusion down by 50%.

“It is pretty uncommon to get a Breakthrough Device Designation based on pre-clinical data,” said Zellmer, who points out that most BDDs are based on human trials. “We definitely did a big dance around the office when we got the news.”

The company has so far been using sheep for its trials to date — sheep or goats being the most commonly used animals for orthopedic trials. The company is aiming to do its first human clinical trials in 2023.

“After a family member suffered from poor outcomes we decided to tackle this hard problem. We knew our solution would only work if our team had strong domain knowledge, long-term commitment and if we could fit our technology into the current practices (standard-of-care) of surgeons,” said Zellmer. “We are now more than halfway in bringing our product SmartFuse to market, and the FDA’s decision is a confirmation that our approach was sound.”

The company was part of the SOSV HAX tech program, before graduating and announcing it is closing its seed round today. It raised €4.5 million ($5.2 million) from EU’s EIC Accelerator, with participation from SOSV, and an additional €3 million ($3.5 million) from a group of Swedish angel investors.

“We met the SOSV partner Bill Liao back in 2015, and he has been supporting us ever since. That’s a long time for a venture firm, and they have done a really amazing job, both in terms of helping us from an operational perspective, but also supporting us in every round since then,” says Zellmer. “I think that is spectacular: We are doing something really hard here. This is a Class 3 device, an active implantable device with a stimulation system. What we are doing is totally new, and bringing that into the orthopedics field shows vision and guts.”

“Creating implantable technology is about as hard as it gets, and Intelligent Implants have been tremendously steady in its progress. We are proud to keep supporting them on this journey to help millions of patients and serve a market poised to reach $9B in a few years”, says Bill Liao, general partner at SOSV.