How F1 got the data crunched for its new race car

Welcome back to The TechCrunch Exchange, a weekly startups-and-markets newsletter. It’s inspired by what the weekday Exchange column digs into, but free, and made for your weekend reading. Want it in your inbox every Saturday? Sign up here.

Friends! Hello and thanks for dropping by. Today we have lots of our usual fare: Funding rounds to digest, some data on the startup market (thank you, DocSend), and the like. But we’re starting with a passion of mine: Racing.

The Exchange has made various jokes about technology money finding its way into the Formula One world this year. Companies like Splunk and Webex and Microsoft and Zoom and Oracle and others are sponsoring teams, races and the league itself.

One particular F1 partner of note is Amazon. Its public cloud project, AWS, has powered on-screen graphics for the sport, for example. Sure, sometimes fans wonder precisely how the group’s compute clusters are coming up with certain metrics, but AWS’ notes on tire wear are useful and timely.

It turns out, however, that behind the scenes Amazon has been more active in the F1 world than I had previously understood. In short, the tech-and-F1 money story that we’ve discussed was just a piece of a larger puzzle. How so? It turns out that AWS was key to the design process of F1’s new 2022 car. 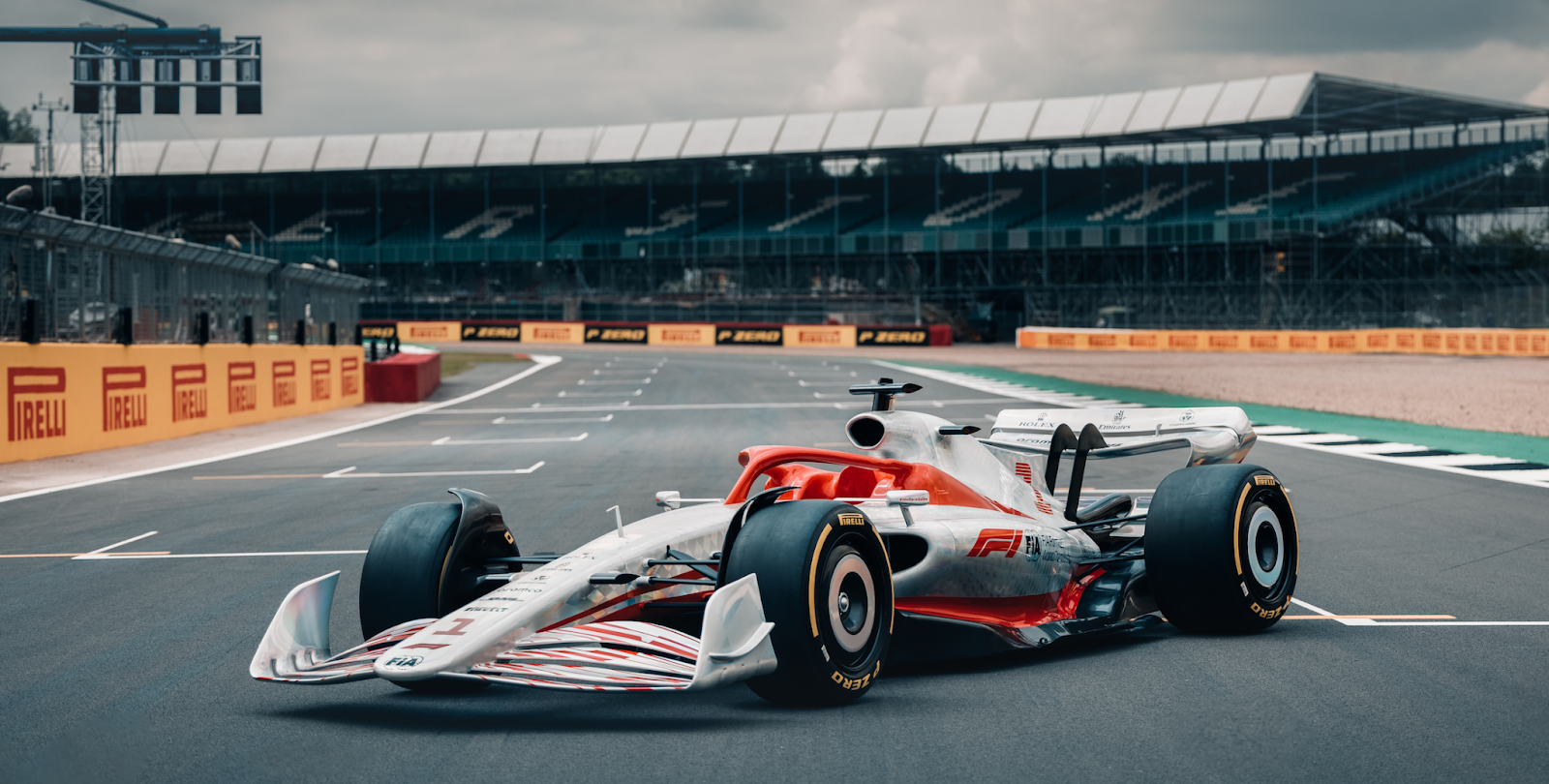 I’ll bet you are wondering why it is so swoopy. The answer to that is that the car is designed with some very specific aerodynamic goals in mind. Like reducing something called “dirty air,” a phenomenon when the wind flying off the back of an F1 car makes the car following it struggle to stay on the track.

Today’s F1 cars — we’re in the midst of the last season with the current generation of Formula One hardware; let’s go Lando! — generate lots of dirty air. Which makes for somewhat awkward racing as the cars on the track can’t get too close to one another for fear of losing their all-important downforce. You know, the stuff that keeps the cars on the tarmac and not in the wall.

To design a base car that will do what F1 wanted for its next era of competition, namely cut dirty air and allow for more close racing, a lot of computing effort had to go into computational fluid dynamics, or CFD. And it turns out that AWS handled the computing needs of the racing group.

The Exchange got on Amazon Chime — our first time on the platform, we might add — to chat with F1’s Rob Smedley, its director of Data Systems, to chat about how it all came together. Per the former Ferrari and Williams engineer, the racing org and Amazon have been working on the new car project since 2018. F1 has lots of in-house brains to handle its own side of the affair, while Amazon provided thousands of cores to do all the tricky math.

According to Smedley, if his team had used the same computing power that individual F1 teams are allowed — the sport of Formula One racing is replete with regulations designed to help keep teams on a somewhat equal footing, or to hold Mercedes back, depending on your perspective — it would have taken four days per compute cycle to model two of the new cars driving one behind the other.

But with Amazon providing 2,500 compute cores, Smedley and the data boffins at F1 could get the same work done in six or eight hours. That means that the group could run more simulations and design a better car. At times they absorbed even more compute, with the data director telling The Exchange that at one point last year his team was running simulations on more than a dozen iterations concurrently. That was made possible by around 7,500 cores powering the data work. The simulation runs took 30 hours.

This is all to say that yes, there is lots of tech money in Formula One helping the teams do their job and stay financially solvent. But there’s also a boatload of tech going into the real guts and bolts of F1 as well. And as an F1 dweeb, it brings me great joy to see a passion of mine intersect with work.

Now, back to our more regular fare.

M1 Finance is a company that keeps cropping up in my reporting life. Mostly because it keeps raising money and announcing new performance metrics. This week the company landed a $150 million round at a valuation of $1.45 billion. The consumer fintech superapp’s latest funding was led by SoftBank’s Vision Fund 2.

So, why do we care? Well what’s super fun about M1 is that the company told us how to track its revenue growth over time. Early in my coverage of the startup its CEO said that it hopes to generate around 1% of its assets under management (AUM) as revenue. So, we can kinda back-of-the-envelope the company’s revenue growth by tracking how quickly it accretes AUM.

And the company keeps releasing AUM numbers. (PR folks, providing longitudinal data is a great way to keep us interested in a startup!)

Here’s a rundown of M1’s AUM over time:

At its 1% target, those work out to target run rates of $14.5 million, $20 million, $35 million and $45 million. Or the company effectively tripled its revenues since last June. That’s pretty good and is the sort of growth that investors want to back. Hence today’s round. And M1’s new unicorn price tag.

Remember Truveta? We’ve talked about it before, back when it was taking the wraps off its plans. Former Microsoft exec Terry Myerson is part of the team, and since I used to cover Microsoft for a living I paid attention to the startup’s early days. Truveta, as a reminder, wants to “collect oodles of data from healthcare providers, anonymize it, aggregate it and make it available to third parties for research,” as we put it last time.

Well, this week the startup announced new partnerships and $95 million in funding. That’s a pretty big check! The startup now has 17 partner health groups to boot.

By bringing together lots more data in one place, the startup hopes to help make the medical world better and more equitable. And now it has a zillion bucks to go after that goal. Let’s see what it can get done.

To save modestly on word count and avoid braking the c0py editng stiff here at TechCrunch [ed. note: done broke], here’s the rest of what’s important that we couldn’t get to in other pieces:

Cambridge Savings Bank (CSB) gets into fintech: Remember how Goldman launched Marcus, a digital bank for regular folks? It’s not alone in the effort. Now CSB has built and launched its own digital-first bank called Ivy. Frankly I kinda like this idea: Take a bank that has a long operating history and a classic tech stack and services suite. Then build something right next to it that is more modern. It’s probably a better solution than trying to force an old bank to learn new tricks. Also if more banks do this, it undercuts neobanks to some degree, right?

Code-X raises $5 million, proves that you can share your valuation and not burst into flame: A small note that Code-X, a Florida-based startup that has built a “lattice-based data protection platform,” is now worth $40 million thanks to its latest capital raise. No, I don’t know what a “lattice-based data protection platform” is. But I do know that Code-X announced its valuation as part of an early-stage round. That’s worth applauding. Good on Code-X.

Finally, data from DocSend: The document-sending company with a somewhat literal name dropped some new data this week that I’ve been chewing on. Here’s the core bit:

[N]ew Q2 2021 data from DocSend’s Startup Index shows a 41% year-over-year (YOY) increase in investor interest and engagement (a proxy for demand) with startup pitch decks. Links created by founders actively fundraising with their pitch decks (an indicator of supply) were up 36% YOY in Q2 2021.

Why is this fun? Demand went up more than supply! Ha! That really kinda says it all.

We’ve been digging into the venture world’s Q2 results for weeks now, and somehow failed to summarize succinctly. Why are startup valuations going up? Why are startups raising more, and faster? Because amongst venture-backable companies, investor demand is far greater than startup supply.

You are amazing and delightful and look great today!

Next week we’ll have notes on two battery-focused SPACs, namely Evonix and SES. Lots to chat about there when it comes to battery tech, energy density and the future of well, everything. And money.