Google News is refreshing its desktop site with a new design that allows you to track global and local news on one screen. The redesign puts Your Briefing, Local news, and Top Picks section on a single page in different columns so it’s easier to catch up with news on topics and regions you care about.

Until now, if you logged on to Google News, you’d see the headlines section first, along with the weather widget on the side. Other sections like World, For You, and Local news were accessible by scrolling down or by clicking on these topics from the sidebar.

What Google News looks like in its old avatar

The redesign moves all topics from the sidebar to the top of the screen, to better accommodate other columns like Local news and Top picks. The weather widget now takes up a small space on the top right of the screen. Google has tried to replicate the feeling of reading a newspaper or a magazine — but through a desktop website.

“This change is just the latest way we’re bringing local news to users around the world. Last year, we expanded a feature on Google Search so readers around the world can now see a carousel of local news stories when Google finds local news coverage relevant to their query. This helps them easily find stories from local news publishers,” the company said in a statement. 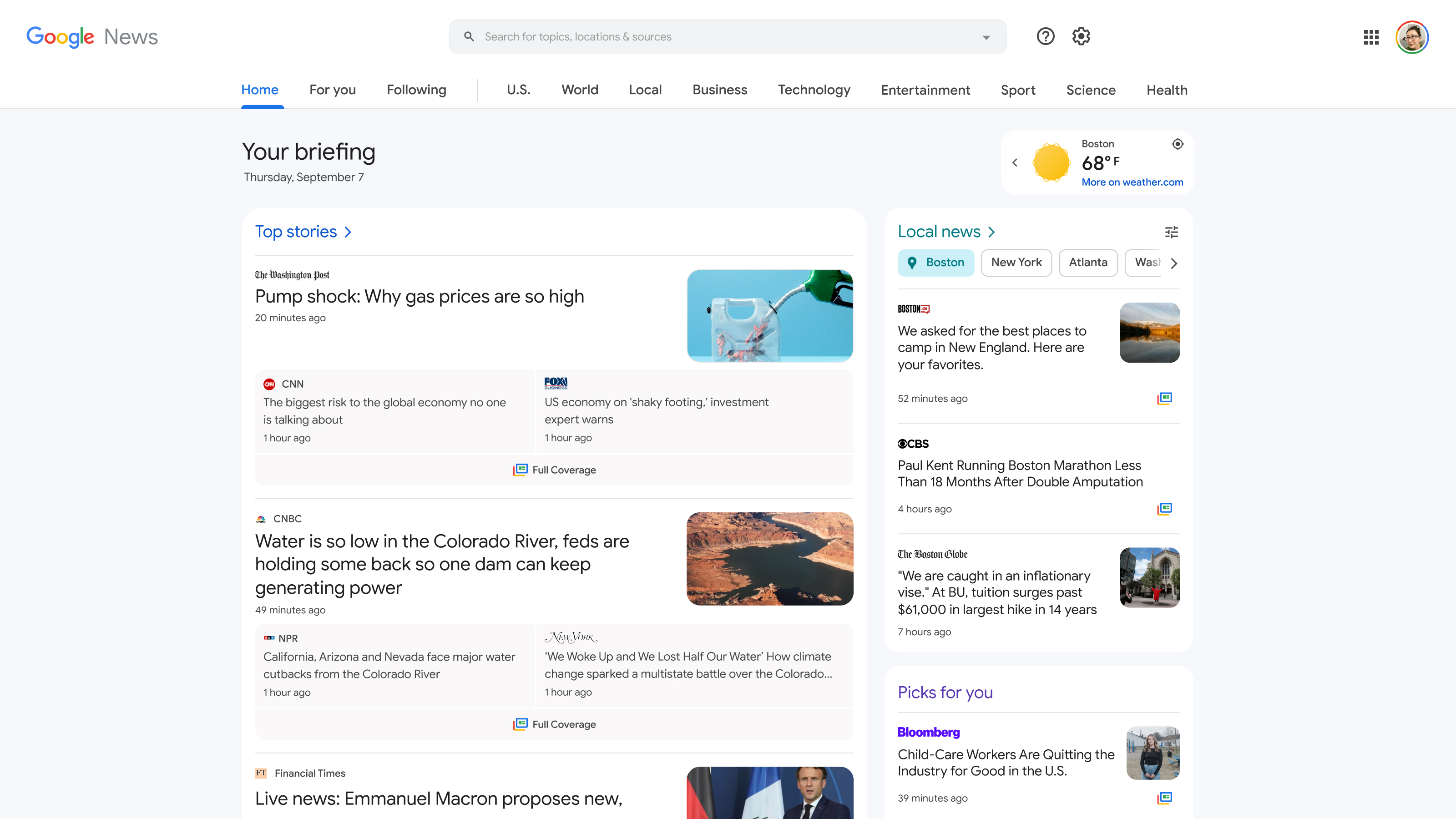 The new look for Google News

What’s more, you can click on the customize button next to the Your topics section to select topics that you want to see on the home page, and even shuffle their order of appearance. 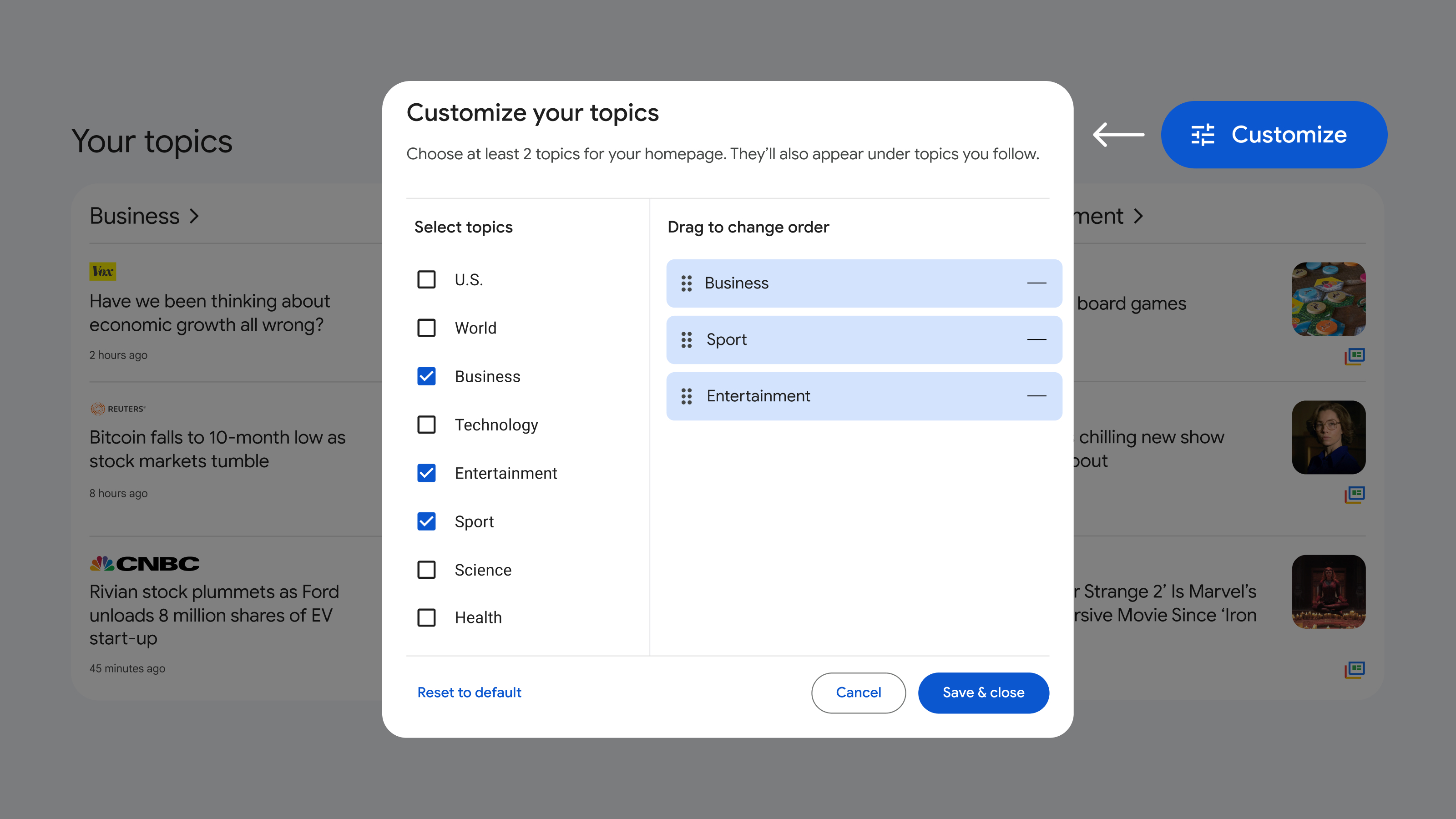 The redesigned Google News also features a revamped Fact Check section, which now also shows you the original claim and verified assessment for more context. Earlier this year, Google rolled out a new “highly cited” label in search to highlight the original source for a story.

The company noted that along with these changes, Google News is returning to Spain after eight years, thanks to new copyright law. The firm claims that Google News is already present in 125 countries and 40 languages, and it drives 24 billion clicks to publishers’ websites every month.

Google said it’s opening up applications for its News Equity Fund, a grant for independent journalists or small news organizations to produce original stories. The firm will accept applications till July 21 from almost all countries across the world, except China and Russia.

Yesterday, Google quietly dropped its appeal against a €500M antitrust news licensing penalty in France. This came after French authorities accepted the firm’s behavioral pledges offered in December. In a blog post, Google noted that it has made content deals with more than 150 publications in the country.