Centered is an app that’s designed to help you find your flow throughout the day, guard your calendar so you can get some work done and add a personal assistant to help keep you on track. The app lets you do a virtual hang with others trying to get some work done, and plays some soothing beats to trick your brain into getting work done. The company just launched its product and raised $3.9 million to bring some sanity back to your workday.

If you’ve ever done, well, anything at all and enjoyed what you’ve been doing, you’ve probably experienced being in a “flow state” — or “in the zone” as some people call it. The problem is that a lot of office environments are set up in ways that make it impossible to get to that state of mind. Some workers resort to coming in extra early or staying late, working over the weekend or pulling other silly stunts to get things done. And if you’ve ever uttered a sentence like “I like coming in at 7 am, it is so nice here before the phones start ringing,” well, I’m talking about you.

The app offers virtual co-working sessions where your team shows up as little thumbnails via video feed. The idea is that if your co-workers can see (but not hear or interact with) you, you’re less likely to futz on your phone or saunter off for your sixth cup of coffee when you’re meant to be reviewing code. The app also includes “Flow Music,” ambient, slow-BPM tunes that help convince your brain that it’s time to work. There’s also a personal assistant, which the founder describes as Siri for Productivity.

“Remember that feeling of being on an airplane, putting headphones on, and suddenly there are no distractions at all? Suddenly you are writing the most words you ever have in the shortest amount of time because there’s nobody around to bug you. That’s the experience we are trying to replicate with Centered. When you start a flow session, you’ll be greeted by Noah. The bot will guide you along with your work,” explains Ulf Schwekendiek, founder and CEO of Centered. “The assistant will let you know when you are halfway through your allotted time, or nudge you if it notices that you are getting distracted. It’s like having a parent noticing that you’re on your Game Boy when you were meant to be doing homework, and reminds you that you’re meant to be doing something else.” 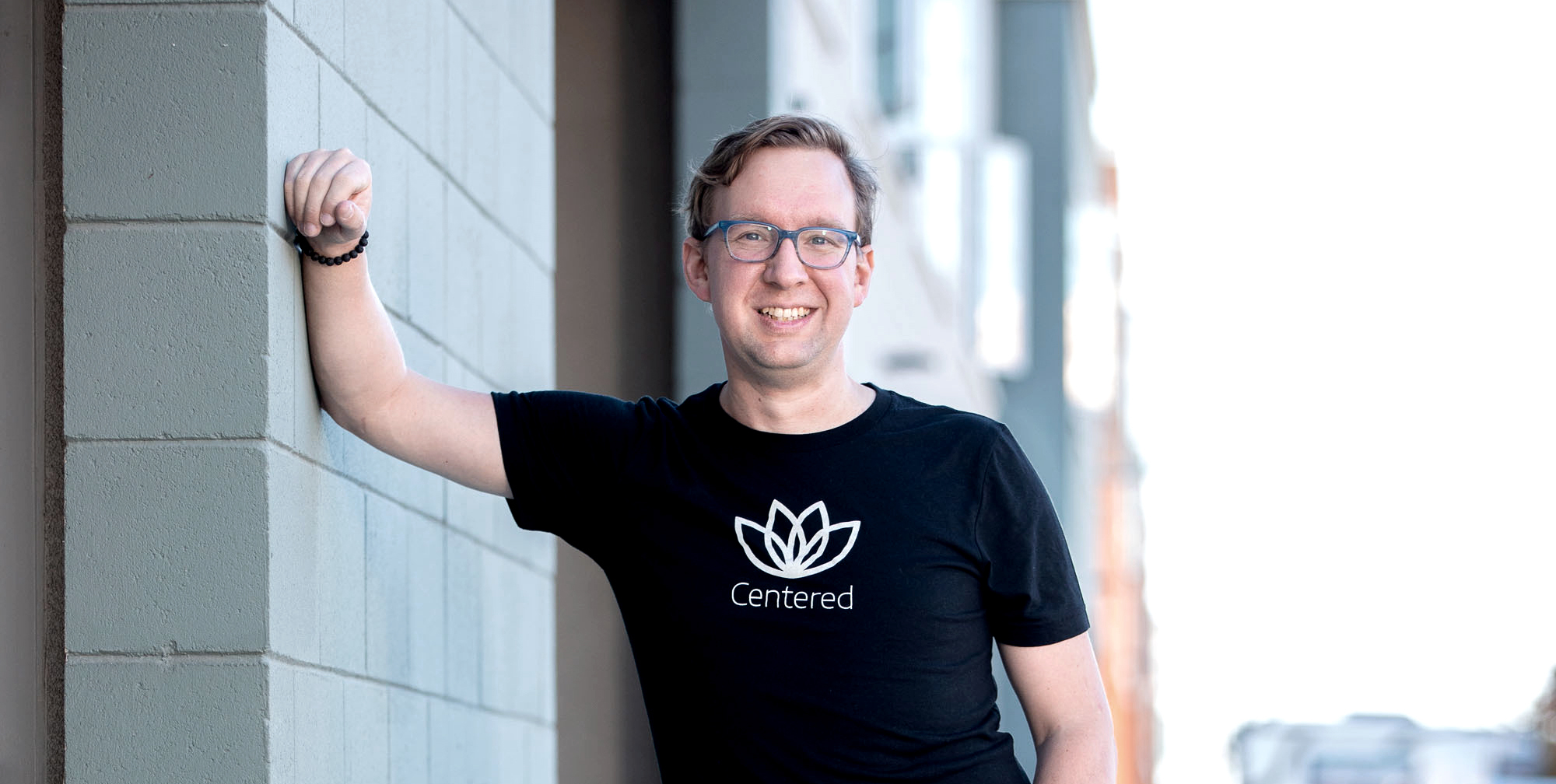 The company today announced that it raised $3.9 million led by Uncork Capital and Yes VC, with support from JLL Spark, Shrug Capital, Basement Fund, AVG Basement and Remote First, as well as a cabal of angel investors.

“The funding unlocks a few things. It’s not just me alone, coding, designing, doing everything with contractors anymore,” says Schwekendiek. “We just started staffing our engineering, design and content teams. We can enter larger content deals, get better music and create better voice-overs. But the really interesting part is our data. We’re just starting to unlock the data we have access to — we know how people work, and nobody else does.” 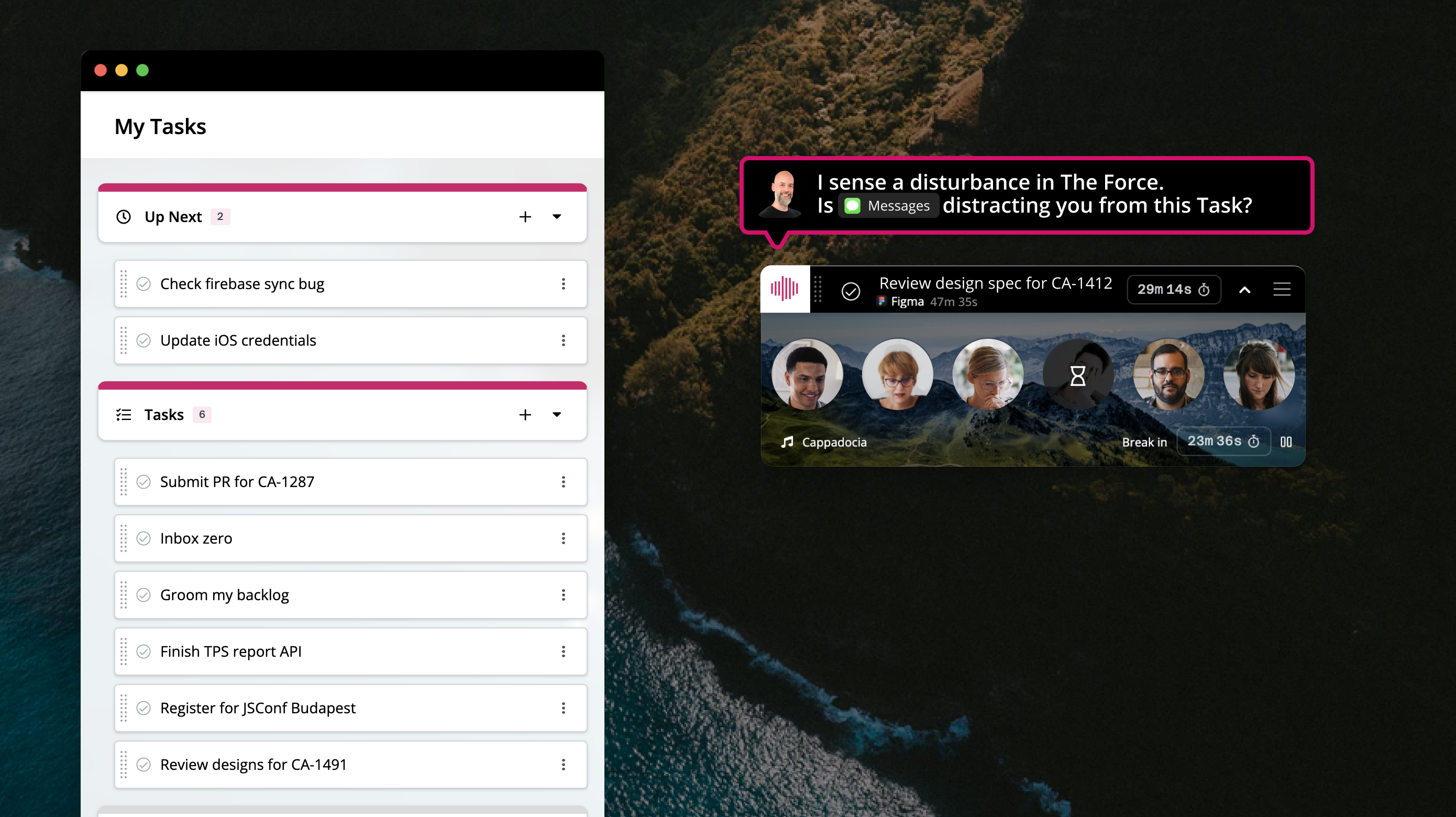 The founder assures me that they are handling the data in aggregate, anonymously and in a secure manner. The company didn’t disclose the valuation for this round.

“Thousands of people have used our product, and early users are finishing their work an average of 30% faster than they estimated — and report being happier and less stressed as a result,” says Schwekendiek. “We’re seeing that our top users spend between three and five hours a day as they use Centered as their operating system for productivity. We have also found that after Week 1 we have almost 100% user retention.”

PortalOne raises $60M as it gears up to launch of its hybrid, immersive gaming platform later this year

Gaming has been one of the most popular entertainment categories in the last two years of pandemic living. Now, a gaming startup that’s building a new kind of platform that it thinks will be a — wait for it — game changer in the category is announcing some funding as to ride that wave of […]