The pandemic forced the legal profession to cobble together remote work strategies, often through a combination of video conferencing and emails. Founded in Melbourne, Immediation provides a tailor-made solution with digital courtrooms and mediation tools. It has been adopted by Australian federal courts and New Zealand government agencies, and is now expanding in the United States and European markets after raising $3.6 million AUD (about $2.7 million USD). Investors include Thorney Investment Group and its founder and chair, Alex Waislitz.

Founded in 2017 and launched in 2019, Immediation’s users include the Federal Court of Australia, the Victorial Civil and Administrative Tribunal (VCAT), and New Zealand agencies like the Ministry of Justice, Sport New Zealand and Domain Name Commission NZ. The startup says over the past 12 months, its revenue has increased 6x year-over-year and its user growth has jumped 2,000%. Immediation currently has about 40 employees in five countries, and a panel of more than 100 mediators and arbitrators. Its new funding brings Immediation’s total raised to $10 million AUD.

In addition to Australia and New Zealand, Immediation also has users in Southeast Asian markets, and will spend the next 12 months focused on growing in the U.S. and European markets.

Before starting Immediation as a mediation platform (it also now supports law firms, tribunals and resolution bodies), founder and managing director Laura Keily worked for two decades as a corporate lawyer and barrister. She told TechCrunch in an email that she wanted to create an online mediation platform because “I saw firsthand that people were locked out of being able to access justice effectively. The legal system is complex, lengthy and expensive. It’s an old system regimented by ancient rules and processes, which are not scalable and are inefficient.”

Before using Immediation, many of its clients only had the option of face-to-face meetings in a mediation center or courtroom. Immediation launched its platform publicly in September 2019, a few months before the pandemic hit.

“The onset of COVID-19 was a turning point,” Keily said. “As industries were forced to move online overnight, our team pivoted quickly to address the immediate concerns of the legal industry and provide a blueprint for a seamless transition online.”

In 2020, Immediation saw a 2,200% increase in users across more than 2020, including a 500-person hearing over five days for the first ever Willem C. Vis International Arbitration Moot, a moot competition attended by hundreds of law schools. 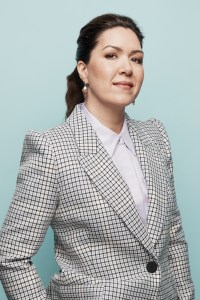 Keily said Immediation was created by lawyers to replicate physical courtrooms, mediation suites, legal client floors and dispute resolution environments. Its tools include the ability to record hearings, share and manage documents, co-draft and execute contracts, enable confidential communication between lawyers and clients during proceedings and set up secure, private rooms for different parties. Judicial officers and mediators retain control participants in a private room, so they can move or remove them as necessary.

Maintaining lawyer-client confidentiality is essential. Immediation built secure chat and party rooms so “client-lawyer teams can communicate in complete confidence with their own team, even when proceedings are in full flight, knowing that no one else, by design, can see those messages or enter the party room,” said Keily.

Immediation also announced today that it has appointed Christine Christian, the chair of Auctus Investment Group and Tamara Credit Partners, as its new chair, and Rachael Neumann and Greg Wildisen to its board. It added Afterpay chair Elena Rubin and Rampersand VC founding partner Jim Cassidy to its advisory board.

Lawpath gets $7.5M AUD to become the Asia Pacific’s LegalZoom