Founded in 2018, Meatable is one of several companies developing cell-cultured meat products, one of several solutions touted to help combat climate change. Countless cultivated meat companies have entered the fray and attracted venture capital money to find ways to develop “real” meat without harming animals or the environment. Meatable touts its big differentiator as being how it has cultivated its synthetic meat products from the get-go — rather than using fetal bovine serum (FBS), which is harvested from cattle’s fetuses, Meatable says that it uses opti-ox technology which is based on a single cell from the umbilical cord of an animal. As such, it says that “no harm is done” to the animal.

While other companies have started removing FBS from their meat development process, Meatable says that it has adopted this ethos from its inception.

Meatable raised a $10 million round of funding in 2019, and followed that up with a $47 million series A last year. Now, the Delft, Netherlands-based company is showing what its cooked sausages look like for the very first time — and they look like, well, sausages.

It’s worth noting that this announcement merely signals Meatable’s cultivated meat sausage transitioning from research into something more akin to a final product — the company had previously shown a raw, uncooked version of its synthetic sausage.

Following a vote in the Dutch House of Representatives back in March that will allow people to taste cultured meat in controlled settings, Meatable is now preparing to take things to the next level once it becomes law. The founders themselves are already allowed to taste their own products, however.

“As it is our proprietary product, tasting is allowed under strict circumstances for the founders and owners at this time,” CEO Krijn de Nood told TechCrunch. “We can reveal now that myself and my cofounder Daan (Luining) have been able to finally taste our sausages, and know that we are on the right track towards the full launch in 2025, if not sooner.” 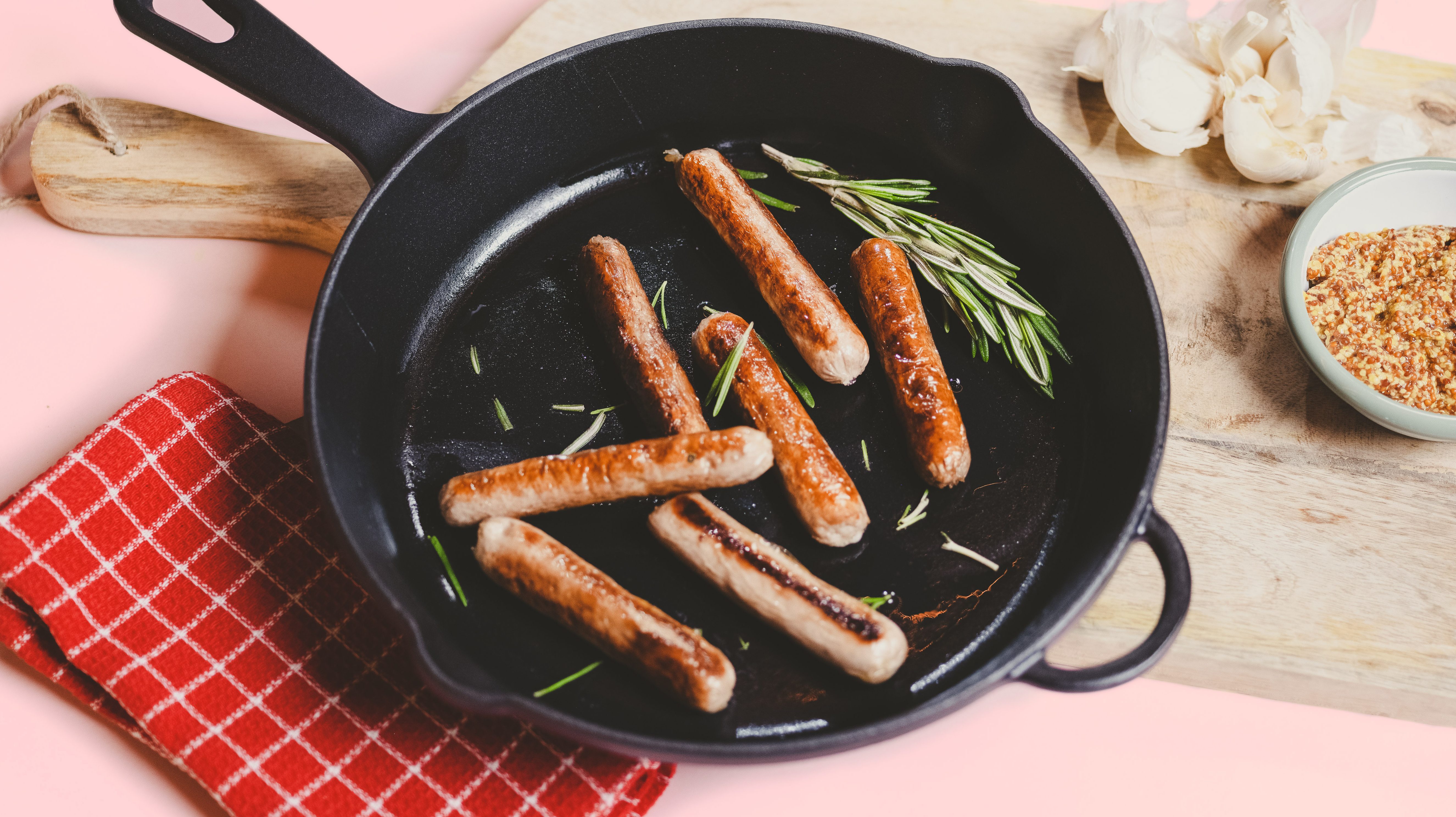 The fact that Meatable is still looking at another three years to launch its product commercially is testament to the barriers such technology face. Indeed, Singapore is the only market in the world where it’s legal to sell lab-grown meat.

“The main barriers to getting our product to market are down to regulation,” de Nood explained. “It’s not possible to sell cultivated meat products in most of the world. In the Netherlands, a motion was recently passed to enable the tastings of cultivated meat under controlled conditions. Once this passes into law, which we expect later this year, we hope to offer tastings to help refine and develop our products.”

And while pork sausages are Meatable’s first product, the underlying technology can be used for beef and chicken products too.

“We hope to announce details about our wider product range later this year,” de Nood added.

Crypto entities ranging from major exchanges to small projects are on the road to stateside regulation. Whether it comes through the Securities and Exchange Commission or the Commodity Futures Trading Commission, many actors in the space are looking for concrete future guidance on how to build compliant businesses in an emerging sector while navigating rules […]

Another company hoping to capitalize on Twitter’s upheaval in the wake of Elon Musk’s takeover is the newsletter platform Substack. The company has openly targeted Twitter’s user base over the past few days and has now thrown its hat into the ring as a more direct competitor with the launch of Substack Chat. The new […]