While much of the eVTOL industry has its sights set on urban air taxis or cargo transportation, entrepreneur Matthew Pearson had another idea: electric flying race cars. So in 2019, he founded two companies, Alauda Aeronautics to manufacture the aircraft and Airspeeder, an international series to race them. Now, Airspeeder says it has completed the first test flights of the debut electric flying race car and is poised to host the inaugural race of its EXA series this year.

That flying race car, the electric Alauda Mk3, had its test flights in south Australia. They were observed by Australia’s Civil Aviation Safety Authority, who certified the aircraft. Pearson’s vision – and what you can see by watching some of Airspeeder’s cinematic trailers – is a race somewhat reminiscent of Star Wars’ iconic podracing, without a human or creature in the pilot seat.

The first three races, which are set to take place in 2021, will all feature remotely piloted aircraft. The company is planning for a crewed showcase as early as 2022.

The unpiloted Mk3, which can reach top speeds of 124 miles per hour (200 km/h), weighs just 286 pounds (130 kg). It can accelerate from 0 to 62 mph in 2.8 seconds, the company said, likening it to the Tesla Model S or the Porsche Taycan. In fidelity to Formula One and NASCAR, the Mk3 has a removable battery for quick replacement during pitstops. In-house pitstop crews have been able to replace the battery, which was designed by Alauda, in just under 20 seconds. The Mk3 is able to fly 10 to 15 minutes on a single battery pack, so during a 45-minute race, pilots on the ground will remotely navigate the aircraft to land for a pitstop about three times.

Mk3 is equipped with a combination of LiDAR, radar and machine vision that Pearson said creates a collision avoidance system. The company did not specify to TechCrunch the number of sensors that are on each craft and declined to provide further details on the system, citing proprietary information. The challenge of designing a safety system for a flying race car, however, is allowing enough flexibility so that the aircraft can get as close together as possible, without actually hitting each other. This is a problem for the pilots who will be competing against each other, but also Airspeeder’s system.

Pearson explained it like this: “The vehicles are talking to each other, they know where the others are and they’re all solving the collision avoidance problem in the same way using the same algorithm. So they know they can predict each other’s behavior. There’s that as the kind of framework for collision avoidance, but inside that, we want to give the pilots as much freedom and as much control as possible. So dialing up where the barrier is between pilot and machine is going to be a really interesting thing.” 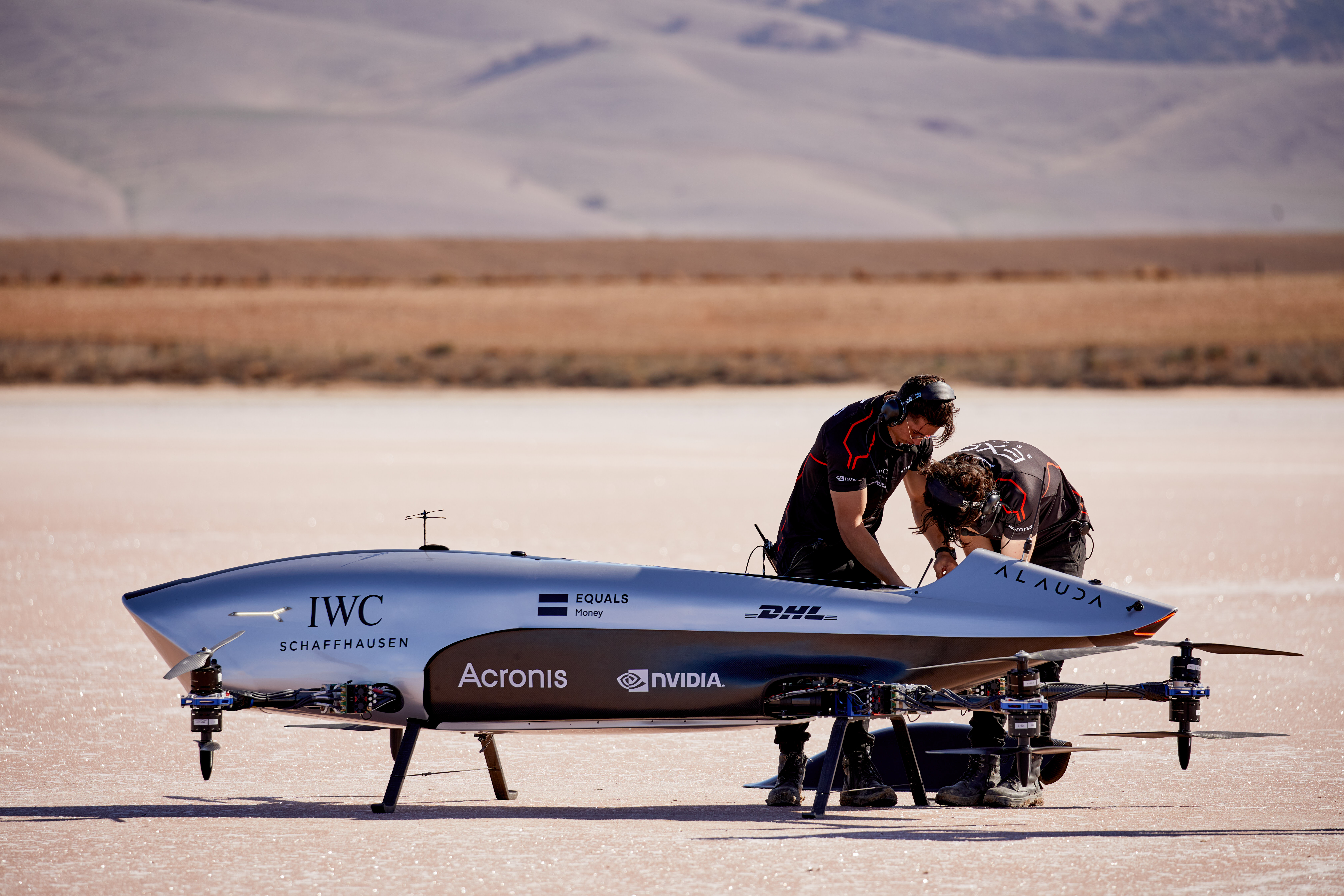 While it’s tempting to draw comparisons to major eVTOL companies that are developing air taxi services, Pearson said the economics and path to commercialization for electric flying race cars is different. “The commercialization model is a lot more rapid,” he said. “We can be racing before anyone can be in commercial operations.”

One reason why they can be so agile is because its certification pathway is very different from that required by air taxis designed to shuttle people. Those startups can spend many hundreds of millions of dollars – up to $1 billion, by some estimates – on the design, certification, and manufacture of a single aircraft model. The Mk3 is flying under an experimental certification with Australia’s Civil Aviation Safety Authority that means that while it must meet certain safety and airworthiness standards, the regulatory burden is far less than for a passenger aircraft.

“The important thing about our program is to keep the vehicles in constant development cycles. So instead of trying to build one vehicle, and then certify it over 10 years, we’re trying to build new aircraft every year,” he explained. “It’s not how aviation really functions normally. And certainly, if you want to get into passenger applications, that’s not how you do it.”

Airspeeder had its first funding round in April 2020 for an unspecified amount, which was led by Australian investors Saltwater Capital and Jelix Ventures. Pearson said he’d also provide capital, and they’ve managed to attract partnerships from logistics company BHL and luxury watch maker IWC Schaffhausen. The company declined to provide further specifics on how it’s managed to fund a small-scale aeronautics manufacturing operation from the ground up.

VC Mark Suster: “The bet we’re making now is on founder skills,” instead of customers or products

We recently caught up with longtime VC Mark Suster of L.A.-based Upfront Ventures, which last raised both an early-stage fund and a growth stage fund several years ago and, according to regulatory filings, is in the market right now, though Suster couldn’t discuss either owing to SEC regulations. We did talk about a wide range […]

By the end of this week, potentially thousands of Tesla owners will be testing out the automaker’s newest version of its “Full Self-Driving” beta software, version 10.0.1, on public roads, even as regulators and federal officials investigate the safety of the system after a few high-profile crashes. A new study from the Massachusetts Institute of […]
« Older Entries
Next Entries »